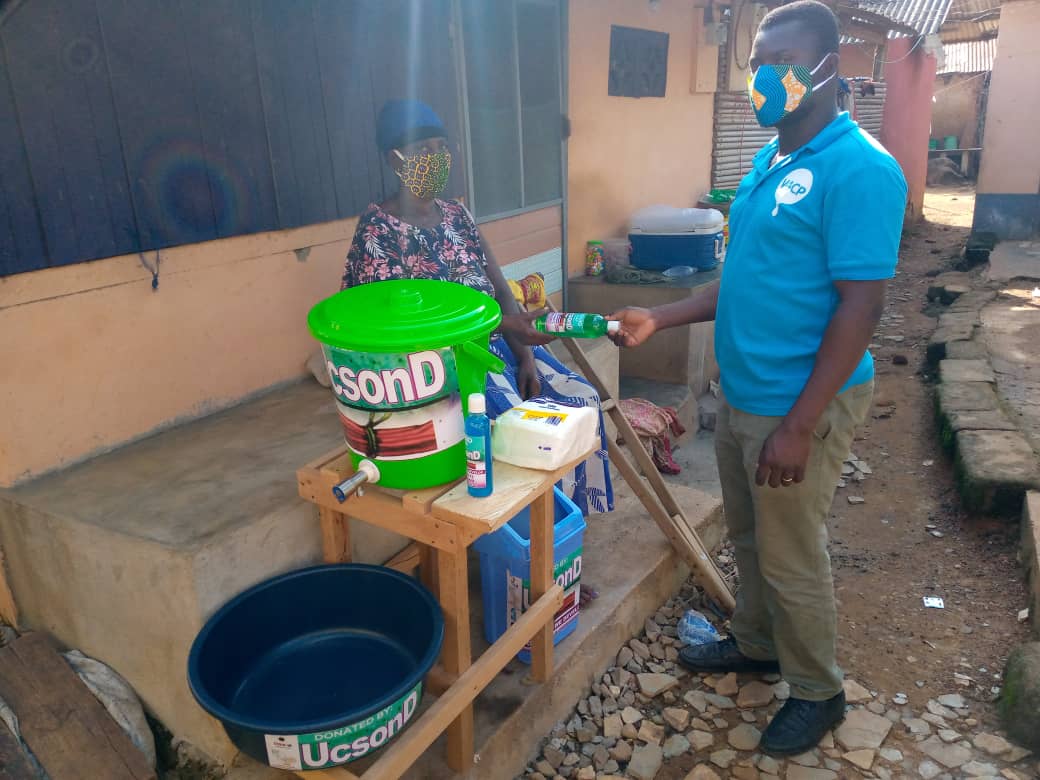 As at end-June 2020, the government had spent a total of GH¢1,937 million on direct COVID-19 related expenditures, the Minister of Finance, Mr Ken Ofori-Atta, said when he presented the mid-year review of the 2020 budget in Parliament in Accra on June 23, 2020.

He said out of this amount, GH¢1,609 million was sourced from the Contingency Fund and other government sources, including the IMF facility, to support households and businesses, and provide relief for water and electricity payment, among others.

In times past, a quarter of the amount was spent in the water, sanitation and hygiene (WASH) sector. Some stakeholders in the WASH sector have said that the novel coronavirus (COVID-19) has been a blessing in disguise to have put the sector on top of the priority expenditure list.

They said that previously, the sector faced challenges with funds, although the creation of a Ministry of Sanitation and Water Resources was a good start.

In an interview, the Research and Publicity Officer at the United Civil Society for National Development (UCSOND), Mr Richard Quayson, said the attention given to sanitation had not been the best compared to others such as education, although sanitation and hygiene are public health issues.

“The advent of COVID-19 has pushed government to dig deep into its pocket to come up with hard currency to support sanitation.

“Now a lot of information, sensitisation and education is ongoing in the mass media which hitherto was difficult because some media focused on politics, education and entertainment to the neglect of sanitation,” he said.

The WASH Advisor at the Netherlands Development Organisation (SNV), Ms Theresa Swanzy Baffoe, corroborated the view that sanitation and hygiene had made a lot of gains.

She noted that there was increased knowledge in hygiene measures such as handwashing facilities.

“Private sector participation has increased as a lot of different handwashing facilities were designed and provided for the public.

“These facilities are now available in all the major cities. Awareness for households sanitation facilities and handwashing facilities has also increased,” she stated.

Other factors
Mr Quayson deduced that prior to the Millennium Development Goals (MDGs), sanitation was low.

He said that stakeholders and government had worked very hard to achieve the target and the advent of the Sustainable Development Goals (SDGs) in 2015 had brought a lot of improvement though there were challenges.

“Before the SDGs, only two out of 10 households had decent toilet facilities but the narrative has changed now to about five,” he explained.

The turning point, he said, was due to some measures instituted which included the sanitation league table for Metropolitan, Municipal and District Assemblies (MMDAs), which motivated them to implement strategies to position themselves well.

He said stocktaking forums normally organised in Kumasi and the Mole conference brought all stakeholders in the sector to think through ways at achieving SDG 6 (inclusive sanitation and hygiene for all), while making suggestions to the government.

Mitigating the pandemic on sanitation
Mr Ofori-Atta said the government through the Ministry of Sanitation and Water Resources, supplied 3,447,612 cubic metres of additional potable water, a 37 per cent increase over and above pre-COVID levels, to 522,864 and 10,763 domestic and commercial customers of the Ghana Water Company Limited (GWCL).

In addition, 630 rambo 10,000-litre polytanks were mounted across the country to supply free water to communities aided by the deployment of 118 privately-owned and GWCL-owned water tankers to areas that needed such services.

The stock of public standpipes managed by GWCL within communities increased by 531, reaching 11,038 as at end-June 2020.

The Community Water and Sanitation Agency (CWSA), through this intervention, provided 174 piped-water systems to serve 268,861 persons between April and June 2020.

Sanitation and hygiene challenge
The provision of safe water, sanitation and hygienic conditions is essential to protecting human health during all infectious disease outbreaks, including the COVID-19 outbreak, the World Health Organisation (WHO) has said.

According to the United Nations (UN), COVID-19 is the worst health crisis in its 75 years of existence; it is killing people and it is a human, economic and social crisis.

Available data by the Ghana Statistical Service (GSS, 2018) show that the total access to basic sanitation in Ghana is estimated at 21 per cent, with rural and urban coverage of 17 per cent and 25 per cent respectively.

It states that one in every five households has an improved sanitation facility. Undoubtedly, much progress has been achieved in the water sector as access to basic drinking water is estimated at 79 per cent.

The World Bank estimates that poor sanitation and hygiene in Ghana leads to US$290 million in economic losses each year.

Experts say the sector also presents many opportunities which require all stakeholders to work together and not leave all for the government alone.

Fiscal cost of COVID-19
The pandemic has had dire consequences on countries all over the world through disruptions in global supply chains, widespread supply shortages (including food, pharmaceuticals and manufactured goods) and consequent price hikes and decline in foreign direct investments.

Mr Ofori-Atta said updated fiscal estimates indicate that revenues were expected to fall short of the 2020 budget target by GH¢13,632 million (3.5 per cent of revised GDP).

Post-COVID
Ms Baffoe deduced that the key discussion will be on how to sustain the gains achieved on increased knowledge.

“Now we are advocating focus on other hygiene related diseases during sensitisation. In the short term, practice of placement of handwashing facilities must be sustained.

Mr Quayson recommended that fumigation and disinfestation exercises should continue as it was ongoing across the country in public places such as markets, lorry stations, churches and schools.

He said that should be done if not every quarter, at least every six months (twice in a year).

“People complain about the cost of constructing toilet facilities in their houses so if our researchers could come up with affordable means / low cost, decent toilet options, so that people can easily put up, there will not be much pressure on the public toilets,” he said.