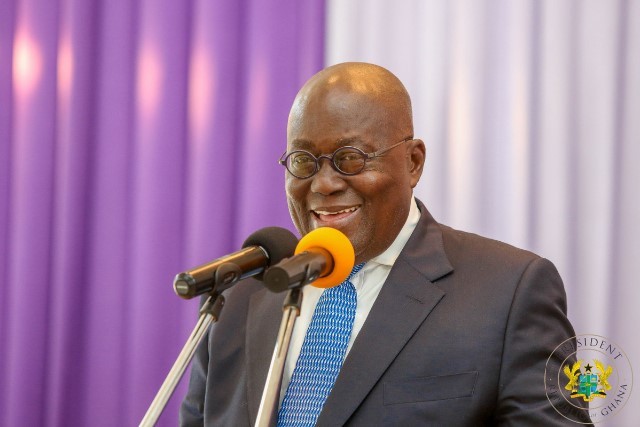 President Nana Addo Dankwa Akufo-Addo has said the government is working assiduously to end Ghana’s extended credit facility with the International Monetary Fund (IMF) by the end of this year.

He said the government inherited the IMF support programme from the previous administration and was working towards getting Ghana out of the deal.

Addressing the congregation of the St Peter’s Cathedral in Kumasi yesterday on the third day of his five-day tour of the Ashanti Region, the President underscored the need for Ghana to fix the fundamentals of its economy well, so that it would not become necessary for the country to sign onto a similar support programme with the IMF in the future.

The IMF approved a $918-million loan for Ghana to support a reform programme aimed at enhancing growth and job creation and protecting social spending.

President Akufo-Addo said the government was working towards a more stable, peaceful and secure Ghana.

“All the initiatives of my government are aimed towards a more stable, peaceful and secure Ghana,” he told an ecstatic congregation in Kumasi.

The Metropolitan Archbishop of Kumasi, the Most Rev. Gabriel Justice Yaw Anokye, said Ghana could achieve such a lofty height of a stable, peaceful and secure country only if Ghanaians eschewed all forms of social vices, including corruption at all levels of leadership and on all fronts of the social strata.

He said all major endeavours to develop the country should be anchored on the fear of God and respect for divergent opinions and national cultural diversity.

President Akufo-Addo joined the Asantehene, Otumfuo Osei Tutu ll, other chiefs and the people of Ashanti to celebrate their Akwasidae Festival at the Manhyia Palace Sunday day.

The colourful event brought together people from all walks of life, including those from the Diaspora, some of whom had come to study Asante culture.

Speaking at the event, President Akufo-Addo said the government was to implement its manifesto development plan this year, after using its first year in office to examine what it inherited from the previous government.

The President said his first year of investigating the inheritance from the previous government had led to the exposure of non-performing and failed local banks.

He said the government was committed to making Ghana a better place for posterity through massive infrastructure development, including setting aside GH¢500 million for the facelift of Kumasi roads.

He said he was shocked to realise that most of the country’s roads were in bad condition, in spite of claims by the previous administration that it had undertaken “unprecedented” infrastructure development in Ghana.

He said the planned infrastructure development would not be limited to roads alone but would be comprehensive, including rail transport, which was expected to link all the natural resource elements of the country.

For his part, the Asantehene advised President Akufo-Addo to deliver on his mandate because Ghanaians would judge him based on his performance.

He said chiefs were not politicians but were fully aware of what happened in political circles, adding that he would support any government in power to succeed.