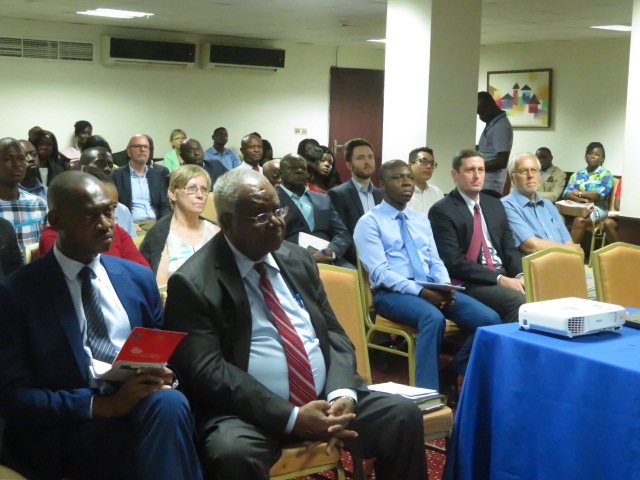 The Ghana Revenue Authority (GRA) has rolled out a three-year strategic plan to rake in more revenue for the state. In what is also expected to expand Ghana’s tax base, it has set a target to increase the contribution of taxes to Gross Domestic Product (GDP) from the current 13.2 percent to 17.5 percent by the year 2022.

As a result, it intends to increase the tax contribution by two percentage point each year to meet its target.

The acting Commissioner-General of the GRA, Mr. Ammishaddai Owusu-Amoah, announced this in a speech read on his behalf at the Ghanaian-German Economic Association (GGEA) forum last Wednesday on the theme “Ghana’s Economic Outlook for the year 2020”.

In explaining further how the GRA intends to meet its target, Mr. Owusu-Amoah said the authority was taking steps to enable businesses and individuals pay their taxes through the banks and the various mobiles money platforms.

He explained that the initiative would relieve taxpayers of the burden of joining long queues at tax offices to honour their tax obligations.

On moves to increase domestic tax collections, the Assistant Commissioner of the GRA, Mr. Joseph  Oduro-Yeboah, indicated that the GRA this year intends to increase compliance level from 60 percent to 90 percent, adding that the GRA would embark on a mass campaign on various media platforms to sensitise the public.

“We want to ensure that everyone who is supposed to pay taxes do so and of they do not pay, the necessary sanctions will be imposed so we are looking at making sure that a lot of people come into the tax net this year and beyond.” he said.

Mr. Oduro-Yeboah noted that aside the Tax Identification Number (TIN), the GRA was also exploring options ofintroducing a Tax Clearance Certificate (TCC) to indicate that one has performed his or her tax obligation.

He further explained that without the (TCC), one would not be able to access a public facility. “Introducing such initiatives would help us achieve our targets,” he said.

“We are currently leveraging on strategic partnerships and addressing challenges in the business environment to increase trade and rake-in more private investments to consolidate the gains made so far”, he stated.

He further called on the business community to take advantage of the opportunities available in the country to pool resources together in order to consolidate Ghana’s gains in the area of trade cooperation.

The forum, which is an initiative of the GGEA, is a series of dialogues that feature selected topics and is aimed at influencing government policies in favour of businesses.

It brought together players in the private sector, policy makers and people from government to deliberate on the Ghanaian business environment.

This year’s forum had speakers such as the President of GGEA, Mr. Stephen Antwi, Tax expert with KPMG, Mr. Kofi Frempon-Kore among other speakers.