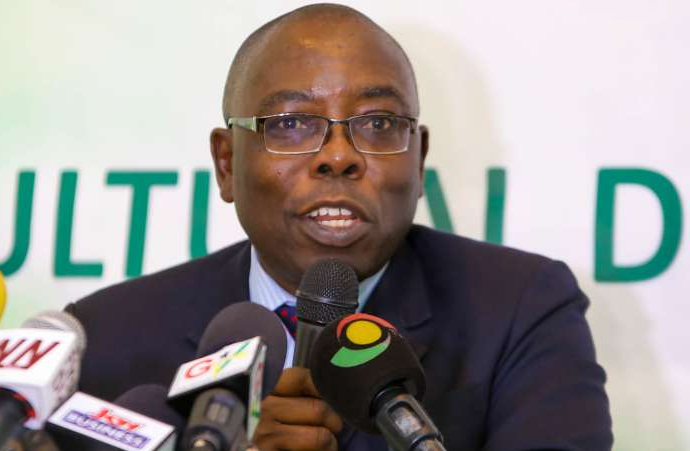 Telecom operator, MTN, and four banks are putting the Ghana Stock Exchange (GSE) to a historic test by seeking to raise a combined amount of GH¢4.67 billion on the market in a space of six months, fuelling concerns that it will dry up investor funds for future transactions.

While MTN is offloading 35 per cent of the firm in return for GH¢3.48 billion, the banks – Access Bank (GH¢450 million), the Agricultural Development Bank (GH¢310 million), Republic Bank (GH¢255 million) and Societe Generale (GH¢170 million) – are hunting for a total of GH¢1.19 billion from shareholders to be able to meet the Bank of Ghana’s (BoG’s) new capital demand.

By staging four rights issues, one IPO and a bond programme around the same period, the five institutions are aiming at using the GSE to raise the highest amount of capital within the same time in the almost three-decade history of the bourse.

A successful raising of the desired amounts will be another feather in the cap of the GSE as a large and deeper exchange capable of containing multiple multibillion cedi transactions concurrently.

In the monetary policy space however, the success of the offers could serve as a source of respite or hurdle for the cedi, depending on the composition of the inflows: Increased inflows from foreign investors could smoothen out ongoing blips and revert the currency to stability in the short term. Strong repatriation of dividends, in the case of MTN, could also increase the shocks and drag the depreciation further.

A financial economist and former Chairman of the GSE Council, Dr Sam Mensah, told the GRAPHIC BUSINESS that should the companies fail to meet their targets, it would mean their fund sizes exceed the capacity of the market.

“Every market has a certain capacity. There is only so much that a market can absorb at a time,” he said.

Despite marking its 29 years of existence this year, the GSE is yet to record multiple transactions concurrently similar to those planned between April and September this year.

While the multiplicity of transactions is good for the market, Dr Mensah, who is also the Chief Executive Officer (CEO) of SEM Capital Management, observed that the timing of the transactions made them risky as far as success was concerned.

With confidence in the banking sector low and MTN’s IPO serving as an alternative to prospective buyers, he said banks’ decision to use rights issues to recapitalise was “a high risk” one that required  “a plan ‘B’ to augment”.

“The banks are taking a risk by coming to the market at this time because of the fact that there is so much coming up.

“By the time the MTN IPO is over, it would have taken out most of the money in the system. So if banks are relying on this to recapitalise, then everybody has to have a plan ‘B’ so that if this does not succeed, then they can fall on that,” he noted in an interview.

The BoG requires banks to recapitalise to GH¢400 million by December 2018 or risk being penalised.

Following the coming into force of the National Pensions Act, 2008 (Act 766) in 2010, a new pool of funds for equity investments in the form of private pension funds has sprung up.

It is estimated that assets under management totalled GH¢12 billion as of May this year.

This means that together with the over GH¢9.3 billion currently being managed by the Social Security and National Insurance Trust (SSNIT), pension assets are now in excess of GH¢21 billion.

The CEO of Axis Pensions, Mr Afriyie Oware, said this provides “a good cushion” for equity transactions such as those planned for the rest the year.

That notwithstanding, he pointed out that for the entire transactions to be successful, they would need to be strongly cushioned by foreign participation.

“You may also look at insurance companies and mutual funds and let us assume they take up GH¢500 million. That exhausts the capacity of institutional investors within the market.

“So the chunk of it will have to come from retail investors. I do not know what the uptake is like but I feel we will need a strong cushion from foreign participation to make them successful,” he added.

With foreign investors looking to profit from the projected rise in gross domestic product (GDP), Mrs Ahiati said they would not hesitate to buy into these companies.

“My concern though is the after-effect. If foreign investors buy into these companies and decide to repatriate profits in the future, it will contribute to further depreciation of the cedi,” she added.

On the preparedness of retail investors to participate in the various transactions, the President of the Association of Shareholders on the GSE, Mr Sas George, said such a decision would be based on the value being offered by the various firms.

“It is an investment; if you have surplus money, you invest, otherwise, you don’t bother.

“If you are coming on a rights issue, at least, you must reduce the share price for it to inspire people to buy; but if you don’t, then it will be difficult,” he stated.