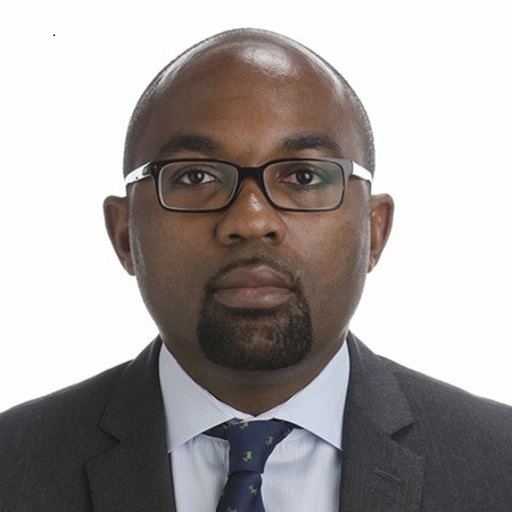 The International Monetary Fund (IMF) has asked the government to boldly contain debt service cost and increase revenue collections for the economy to return to the point where debt metrics were “healthy.”

The Resident Representative of the IMF, Dr Albert Touna Mama, told the Graphic Business on September 17, 2020 that the successful prosecution of the two measures was key to ensuring that the country walked the slippery rope of balancing a healthy fiscal and debt metrics with the continuous financing of its COVID-19 economic recovery programme.

In line with this, he has expressed the hope that the fiscal pressures emanating from the COVID-19 shock would help bring to the fore the need for the government to pass the Tax Exemptions Bill into law to help reduce and streamline the amount of revenue lost to such exemptions.

He said estimates showed that about three to five per cent of gross domestic product (GDP) was lost to tax exemptions annually, reflecting the need for the country to plug those loopholes for revenues to increase.

The Ministry of Finance said in 2017 that tax exemptions were costing the country an average of GH¢4 billion per annum.

Taking his turn on the Graphic Business and the Daily Graphic’s specialised programme on banking and finance, Banking & More, Dr Touna Mama said it was obvious that COVID-19 would leave behind a debt overhang that could have wider implications on the economies.

In spite of the broad nature of the challenge, the Resident Representative of the fund said Ghana’s situation was complicated by its current debt service cost and the comparatively lower revenues.

He said the two indices were now bringing the country to “a level that is not appropriate” in the fund’s debt sustainability analyses (DSA) programme and the general scheme of things.

The prerecorded interview is due to be broadcast in two parts at 9 a.m. each day on Tuesday, September 22 and Thursday, September 24, on the Facebook and the YouTube channel of the Daily Graphic.

The DSA, which the fund undertakes jointly with the World Bank Group (WBG) annually, examines the structure of a country’s debt and its impact on key economic indices such as revenues, export earnings and gross domestic product (GDP).

The most recent DSA report published in December ranked Ghana as a high risk debt-distressed country, a status that the country has been saddled with since 2015.

Commenting on how the country could navigate the challenge of increased spending to recover the economy from the COVID-19 without worsening the debt burden, the IMF Resident Representative said increasing domestic revenue mobilisation was critical.

“We assess debt sustainability or debt vulnerability, for example, by looking at a set of metrics and the one that is really affecting Ghana or bringing Ghana to a level that is not appropriate is the fact that debt service to government revenue is pretty high. This is testimony to very high debt service and also to low domestic revenue.”

“So, basically, working on this two will probably be key for Ghana to ensure that they can strike that balance between ensuring a return to healthy debt metrics and also ensuring that the recovery is pretty smooth,” he said.

A key index in assessing a country’s ability to mobilise revenue for growth, Ghana’s performance in the revenue-to-gross domestic product (GDP) ranking has not been satisfactory, with data showing that Ghana trails most of its African peers.

A study by local fiscal policy think the Institute for Fiscal Studies (IFS) revealed that the country’s revenue-to-GDP ratio was 15.3 per cent in 2019 compared to an average of 20.5 per cent in sub-Saharan Africa (SSA).

In terms of tax revenue, the institute found that Ghana collected 12.6 per cent of its GDP in taxes last year while 20 other African countries collected 17.1 per cent on average in the same year.

Dr Touna Mama said the country could increase the amount of revenues it mobilised by instituting and implementing structural reforms to address loopholes in revenue administration and exemptions.

He advised the Ghana Revenue Authority (GRA) to deploy technology to ensure consistency in the payment and collection of the various tax handles, adding that there was a lot of work to be done in the area of tax administration.

“I hope and I believe that the pandemic situation has somewhat made it a priority,” he said, noting that the need to streamline tax exemptions and improve administration were “well known measures” by the government.

Although one of the commitments under the ECF programme that ended in April 2019, the Tax Exemptions Bill has stalled after reaching Parliament in March that year.

Dr Touna Mama said the fund still saw the passage of the bill as “an important reform.”

He said estimates showed that about three per cent to five per cent of GDP was lost to tax exemptions, an amount he said was “a lot of money.”

“We are confident that once all these settle next year, these will be looked at with a sense of urgency and priority,” he added.