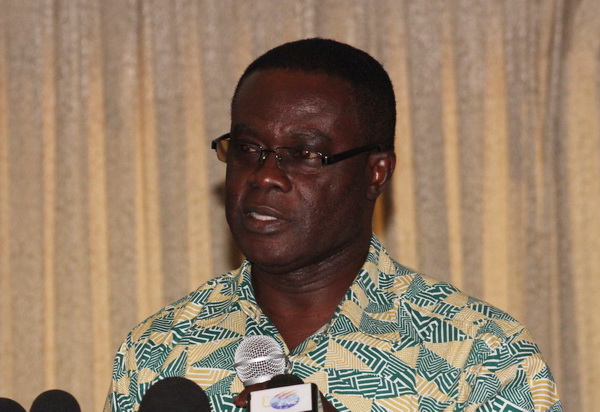 The average change in the prices of goods and services, measured by inflation, had declined to 9.3 per cent in November this year, the lowest in six years.

The year-on-year figure for November was also lower than the 9.5 per cent rate recorded for October this year.

At a news conference in Accra on Wednesday, the acting Government Statistician, Mr Baah Wadie, said that monthly inflation, which measures the average change in prices on a monthly basis, however, remained the same at 0.7 per cent.

Mr Wadie said the decline in the November rate was influenced by similar declines in both the food and non-food inflation baskets.

He, however, said while annual inflation rate for imported items remained the same at 11.1 per cent for November, that of locally produced goods declined from 8.8 per cent in October to 8.6 per cent last month.

He explained that the price drivers for the non-food inflation rate were transport (13.7 per cent), recreation and culture (13.3 per cent), clothing and footwear (12.6 per cent), furnishing, household equipment and routine maintenance (11.4 per cent) and miscellaneous goods and services  (10.3 per cent).

Those items, he said, recorded annual rates higher than the group’s rate.

He added that the Ashanti Region recorded the highest food inflation rate of 9.3 per cent in November 2018.