Informal sector’s contribution to economy hits GH¢73billion, and that is 28.6% of GDP 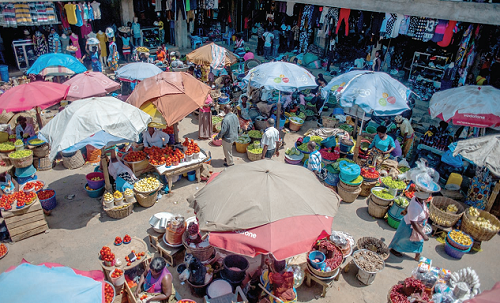 Out of the GH¢256billion of total value of goods and services produced in the country in 2017, otherwise known as GDP, GH¢73.3 billion – representing 28.6 percent – is from the informal sector, the Ghana Statistical Service’s rebased GDP figures have shown.

Per the statistical service’s definition, the informal sector is made up of businesses – across all sectors – which are not registered with the Registrar-General’s Department (RGD) and do not keep formal accounts.

Even though the sector’s contribution is just 28.6 percent of GDP, the same source says in its 2016 Regional Spatial Business Report that out of 638,000 commercial establishments in the country, 395,977 of them are informal – representing 62 percent.

Looking at it from a five-year period, from the new rebased year 2013, the informal sector’s contribution to the economy has not gone above 30 percent of GDP.

Revenue mobilisation has been a headache for government as Finance Minister, Ken Ofori-Atta, stated during his presentation of the Mid-year Budget Review that revenue performance between January to May 2018 was more than GH¢1.4billion, representing 0.6 percent of GDP.

Total expenditure, according to the Mid-year budget, was also below target by GH¢796.5million (0.3 percent of GDP) – resulting in a cash fiscal deficit of GH¢6.3billion (2.6 percent of GDP), against a target of GH¢5.7billion (2.4 percent. of GDP).

Many have argued that if government finds an innovative way of roping the informal sector into the tax net revenue shortfalls will be partly addressed, as more businesses and individuals will honour their tax obligations.

To this end, beginning April 1 this year, the Ghana Revenue authority (GRA) rolled out a Tax Identification Number (TIN) programme that will ensure all individuals engaged in any business activity in the country will have a TIN.

Without it, a person cannot open a bank account, file a case in court, acquire a passport or obtain a driving licence.
A person cannot also register a vehicle, clear goods in commercial quantities from the ports or register any title to land or any document affecting land, among others.