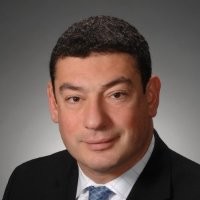 A Canadian investment advisor and CEO of Gorab Advisors, Richard Gorab, has stated that investors are still confident with doing business in Ghana despite the banking crisis that hit the country two years ago.

According to him, it takes more than a shake-up in the banking sector for investors to lose confidence in investing in the country.

With over two decades of experience in investment and wealth management, Mr. Gorab noted that investors look out for some major areas before making investments – and these include good legal framework, good governance, highly efficient bureaucrats and educational infrastructure, all of which he said Ghana possesses.

“Ghana’s growth rate is usually between 5 and 7 percent. I mean, that’s higher than China. And naturally, if you look at the macro level, West Africa versus other regions in the world, I don’t know which country out there is growing at that rate.

“Sometimes we think about our families and businesses when investing and a vote of confidence to the market in general. What gives you confidence is that if you make the right investment, you are going to be rewarded.

“So, you need a good legal framework, which Ghana already has – including a good government and a good level of bureaucrats. It’s encouraging. You want to make sure that you get the money back if you roll the right dice,” said Mr. Gorab.

Touching on the banking sector crisis from his 13-year background with the Royal Bank of Canada, Richard Gorab noted that Ghana has a B-rating on the rating agency aggregate, which is a sub-investment grade, offers people the opportunity to purchase bonds – giving it the ability to raise capital there.

He lauded Ghana’s move to exit the International Monetary Fund (IMF), saying: “That’s an incredible accomplishment, even though I know it was a tough decision to make because it is not easy to bring down subsidies and government deficit”.

As an entrepreneur with vast experience in the global financial space, Mr. Gorab advised government to invest in entrepreneurs and also pay more attention to those in the informal sector.

According to him, entrepreneurs mostly serve as the economy’s backbone because they tend to reduce unemployment, which in turn leads to a reduction in poverty. He noted that entrepreneurship in the informal sector cannot be discounted because they are not directly affected when recessions occur.

He also noted that government must pay more attention to women in entrepreneurship because their contribution has a great trickle-down effect on the economy. He said Canada is currently focusing more on women in entrepreneurship because studies show that when a woman does development it gets absorbed into the economy; be it in the area of education or the family, there is a higher multiplier effect.

He advised upcoming entrepreneurs who do not have a particular agenda to focus on areas of the economy which are booming, like the oil and mining industry in Ghana.

“The oil industry is doing well, but is an entrepreneur going to build an oil-rig? No. You have to start with what you know and what you have as an opportunity, and in the end, you have to match that with where the opportunity is.

“So, you know what’s growing in Ghana? It’s the oil services.  Some small entrepreneur is not going to build an oil-rig. That’s not going to happen. But can a small entrepreneur open a catering business that brings food to someone out of the mines? Can they do a little construction company that builds a road or helps string a hydro wire? Yeah. I think these are the areas,” said Richard Gorab

Currently, Gorab Advisors, with its highly diverse team of financial advisors headquartered in Canada, is working in Ghana on various projects and with other agencies, including building and construction works at Appolonia City.