It’s too late for banks!- GSE gives up, shuts door to bank IPOs 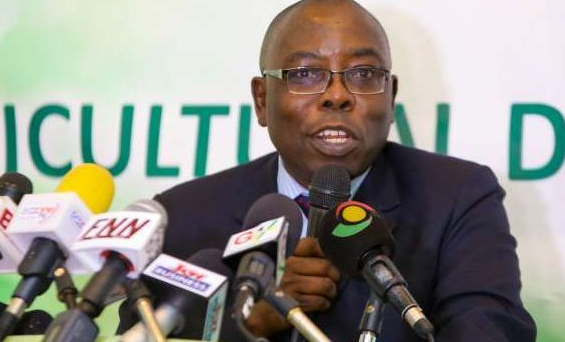 With virtually six months to the Bank of Ghana’s minimum capital deadline for banks, the Ghana Stock Exchange (GSE) says banks hoping to use Initial Public Offers (IPOs) to recapitalise but are yet to get their documentations ready have missed the opportunity available for capital raising under a public offer.

This is because the various processes required to make an IPO successful require time in excess of six months.

As a result, the Managing Director of the GSE, Mr Kofi S. Yamoah, told the GRAPHIC BUSINESS on June 13 that he is “afraid but it is too late” for banks eyeing IPOs as an option to meeting the BoG’s December 2018 capital demand deadline.

“We are in June so essentially, six months to the end of the year.

“If your books are ready in terms of documentation and preparation for that purpose, then six months should be adequate. Otherwise, I am afraid but it is too late,” he said in an interview.

A financial economist and former Chairman of the GSE Council, Dr Sam Mensah, said in a separate interview that although it was not “impossible” for interested banks to undertake IPOs within six months, “it gets difficult as the time tightens up.”

And with the BoG insisting on the December 2018 deadline, Dr Mensah said IPOs become bad options as the time closes in on the banks.

“Remember that you are not guaranteed to raise the capital that you are looking for in the market and so you could still end up not meeting the requirement.

It is instructive to note that the BoG has repeatedly stressed that it will not extend the December 2018 deadline but will apply the penalties specified in section 33 of the Banks and Specialised Deposits Taking Institutions (2016) Act 930 to banks with capital below GH¢400 million after December 2018.

The section empowers the central bank to slap a penalty of one-half per mille of the difference between the capital that the bank should have maintained and the level of capital actually maintained for each day that the default in capital continues.

Directors of a defaulting bank are also liable to an administrative penalty of five hundred penalty units, according to the act.

An investment banker and the Chief Executive Officer (CEO) of the Crescendo Heights Limited, Mrs Doris Ahiati, said in a separate interview that experience showed that IPOs required between six to nine months to execute in the country.

“There are approvals that you need to seek from the regulator – the Securities and Exchange Commission (SEC). The GSE, as well, will need to prepare for it to trade if it is a public offer.

“Now, it takes time to work on these although you can work side by side on them,” Mrs Ahiati, who had previously headed the Association of Chartered Certified
Accountants (ACCA) and the Research Department of Databank, said in a separate interview.

“So give or take, in a situation where the company has all its documentation and everything spot on, it should take between six to nine months thereabout,” she added.

Since September last year when the BoG directed the 34 banks to recapitalise to GH¢400 million by December 2018, the stock exchange has been one of the platforms that experts point to whenever they discuss ways banks could shore up their capital.

Beyond an IPO, which is the only avenue available to the 27 banks not yet listed on the GSE, rights and bonus issues are the other options for the eight banks currently trading shares on the bourse.

Apart from the Agriculture Development Bank (ADB) which is yet to make its intention on rights and bonus issues known, all the other listed banks are either applying both or one in a bid to recapitalise.

Mr Yamoah of the GSE said this was exciting given the impact it will have on liquidity and the intensity of trading on the secondary market.

He added that while the near nature of the December 2018 deadline virtually makes it impossible for non-listed banks to use the GSE to recapitalise, other methods such as introduction, were still available for banks looking at the market as an avenue to raise new capital.

“There are a number of ways for coming to the market; one is IPO. There are other methods and one is introduction, where you do your private placement and subsequently list.

“So do not write off the fact that some can do private placement and subsequently place the securities on the market,” he said.

When asked if any of the banks has since approached the exchange for discussions on a possible IPO, the GSE MD said, “There is one that has begun the process about an IPO.”

Although he declined to name the bank involved, GRAPHIC BUSINESS understand that the Energy Commercial Bank (ECB) Ghana Limited, which had initially signaled its intentions to offload more than 50 per cent of its shareholding on the bourse, is now strongly considering a private placement over the public offer.

The change in strategy is traced to the tedious and time-consuming nature of the IPO, sources familiar with the discussions told the paper (refer to story on page 7).
One source said the bank’s analyses showed that the IPO could stretch to November – just a month to the end of BoG’s December 2018 deadline – hence the need to abandon it for a better option.

Thus, in spite of the much talk about the GSE being an avenue for low cost capital, December 2018 could come and pass without an IPO from a bank.

This will not be the first time that banks have shied away from the GSE in an attempt to recapitalise.

In spite of being recapitalised four times between 2001 and 2013 (from GH¢2.5 million to GH¢120 million), not a single bank has used an IPO to recapitalise.

Dr Mensah, who is also the Executive Chairman of SEM Capital, blamed it on the general “aversion towards public ownership as against private ownership.”

“You can see that from the fact that although we have the GSE for 29 years, the number of listed companies is still small (42). That is because there is this culture of being private and that is the reason why the banks did not come to the market to raise capital,” he said.