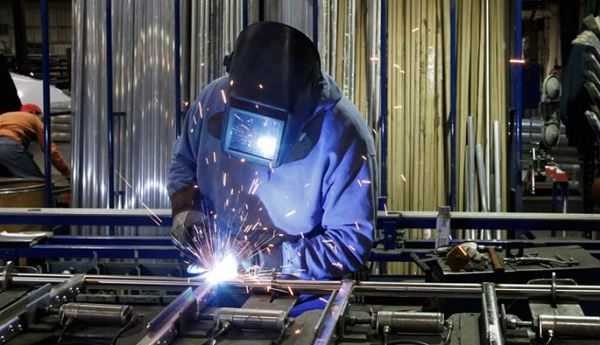 For more than a decade, Ghana’s manufacturing businesses have been at the mercy of cheap imports, pricy loans and erratic power supply, resulting in contraction and collapse of some firms, loss of jobs and a consistent decline in the subsector’s contribution to national output.

From a share of 10.2 per cent in 2006, the contribution of the value addition arm of industry to Gross Domestic Product (GDP) weakened consistently to a record low of 5.8 per cent in 2012 before wobbling further to 4.6 per cent in 2016.

At 4.5 per cent in 2017, the subsector’s share of GDP is now the lowest in 11 years and an anti-climax of an industrial revolution story that was virtually truncated in the late 1960, right after the overthrow of Dr Kwame Nkrumah.

Although a reflection of structural adjustments in the national economy over the years, an Economist and Senior Research Fellow with the Institute for Fiscal Studies (IFS), Dr Said Boakye, told the GRAPHIC BUSINESS that it exemplified the dwindling fortunes of the subsector.

It also explains why the country is unable to achieve sustained development, also called prosperity in economics, he said on July 30.

“Studies have revealed that survival as an economy is not difficult. You can do anything that you want to survive but if you want prosperity – high income levels – studies have found that there are only two sources; well managed oil reserves and manufacturing or what we call industrialisation.

“So, if a country like Ghana does not have enough oil resources that we can well manage to prosperity, then the only route is industrialisation and if we cannot industrilaise, then we will remain poor forever,” he said.

In 2014, the United Nations Children’s Fund (UNICEF) estimated that about 24.2 per cent of the national population, equivalent to 6.4 million, was living in poverty.

Historical trendsBeyond the constant shrink in the subsector’s contribution to GDP, its growth prospects have also dimmed in recent years.

Data analysed by the GRAPHIC BUSINESS showed that compared to annual growth rates of about 16 per cent in the Nkrumah era, yearly growth in manufacturing, which comprises textiles, agro-processing and pharmaceutical businesses, has averaged some 10 per cent between 1970 and 1980, a period characterised by political upheavals, and the early 1980s to 2000, when the Structural Adjustment Programme (SAP) ushered in economic liberalisation, divestiture of state enterprises and the promotion of a private sector-led economy.

Since then, manufacturing has been at the mercy of cheap imports as local industries struggle to compete with cheaply priced, subsidised and uncontrolled substitutes, mostly from Asia, Europe and America.

Data from the Ghana Statistical Service (GSS) show that after contracting by 1.2 per cent, annual growth in manufacturing rose to a record high of 17 per cent in 2011 only to slump to two per cent in 2012.

Until this year, when glimpses of macroeconomic stability spurred a moderation in interest rates, businesses were borrowing at an average of 30 per cent per annum.

Even at the current rate of about f 25 per cent per annum, an industrialist and former President of the Association of Ghana Industries (AGI), Dr James Asare-Adjei, said it was still punitive to industrialisation.

“If we are still borrowing beyond 25 per cent, how can we become competitive,” he asked in a July 30 interview.

Beyond the cost, Dr Asare-Adjei bemoaned the short-term nature of credit in the country, which he says limits the ability of manufacturers to retool, upscale and take advantage of economies of scale.

As the fortunes of manufacturing businesses continue to decline in recent times, imports have remained strong, raising fears that Ghanaians were encouraging growth in the manufacturing sectors of foreign countries.

Dr Boakye blamed the trend on trade liberalisation under the 1980s.

“Manufacturing is a very sensitive sector; it is not like agriculture where peasant farmers can survive. For infant industries in manufacturing, the conditions have to be right before they can succeed.

“But now that there is free trade, which I do not object to, how can our infant industries compete with the advanced ones from Japan, America and Europe,” he asked.

“It is like making a child who is still learning how to walk to compete with Usain Bolt in a 100 meter race. That child, which is our industries, need support before it can walk and this is why the state needs to get actively involved either directly or indirectly,” he said.

Like many, Dr Boakye said Ghana had failed to protect its industries like Singapore, China, South Korea and other Asian countries did in the late 1960s through to the 1990s.

He mentioned fiscal incentives, trade restrictions, establishment of industrial parks among others as some of the state-sponsored strategies needed to spur growth in the subsector.

Dr Asare-Adjei, who is the Managing Director of Asadtek Industries, sided with Dr Boakye that trade liberalisation had crippled manufacturing over the years.

As a result, he said a strong practicalisation of import substitution could help revive the subsector.

“There is no sort of protection against that level of flooding of our market, which sometimes we do not need,” he said.

In April this year, the government established the Ghana International Trade Commission meant to create a level playing field for local manufacturers and their foreign counterparts.