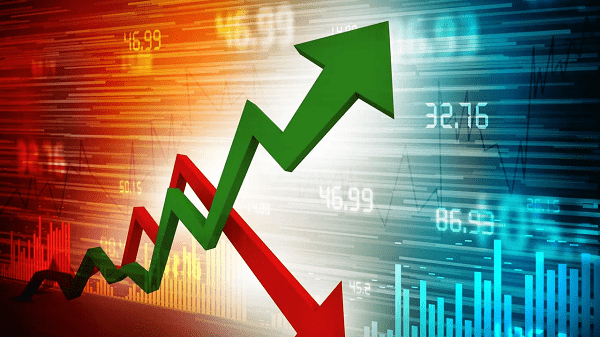 Inflation remained unchanged in March although the country recorded its first case of the novel coronavirus (COVID-19) disease and started suffering the ripple effects on goods and services from the middle part of that month.

Data released by the Ghana Statistical Service yesterday,  April 15, showed that inflation, which measures the average change in prices of goods and services over a period, stayed at 7.8 per cent in March, the same as February.

In January, inflation was also 7.8 per cent after dropping from 7.9 per cent in December last year.

The data showed that month-on-month inflation, which compares price changes in one month to the preceding one was 0.8 per cent, higher than the 0.4 per cent recorded in February.

The Government Statistician, Prof. Samuel Kobina Annim, told the Graphic Business that the March rate escaped the impact of the COVID-19 pandemic by a whisker.

He said the GSS collected the data used to compile the Consumer Inflation (CPI) in the first week of March — long before the first COVID-19 case was recorded on March 12.

As a result, he said the March inflation rate reflected the normal state of things in the country prior to the arrival of the virus with its attendant consequences on life, prices and the economy in general.

“That data did not have the impact of COVID-19 case and the partial lockdown,” Prof. Annim said.

Consequently, he said it was likely that inflation for the upcoming months would reflect the pressures that the viral spread had imposed on prices of goods and services nationwide.

He said the GSS had seen anecdotal evidence that suggested that prices of transport services and sanitiser, among other products considered essential to the prevention of the virus, gone up following the outbreak of the COVID-19 in the country.

Together with allegations of hoarding and the impact on price hikes, Prof. Annim said an increase in the inflation for the coming months would not be surprising as it would reflect the realities on the ground.

As of April 14, the virus had infected 636 and killed eight people in 10 regions.

Inflation is one of the economic indices that experts predict the viral spread to impact negatively.

Other indices such as the deficit, exchange rate, debt , gross domestic product (GDP) and growth rate are also predicted to suffer from the COVID-19 pandemic.

A former Head of Economic Statistics at the GSS, Mr Ebo Duncan, said in a separate interview that the service had, since time immemorial, been collecting its data for CPI compilation in the first week of every month.

Known as the market data period, Mr Duncan, who is also an economist, said the period in which data was collected for inflation needed to be consistent to help reflect the happenings in the country.

In the case of the country, he said the country chose the first week of the month to coincide with the spending by salaried workers, majority of whom are mostly paid by that time.

While siding with Prof. Annim on why March inflation remained unchanged although the COVID-19 spread had led to price increases, Mr Duncan said he expected the April inflation rate to rise minimally.

He said although April would reflect the full impact of COVID-19 on the CPI basket, the impact could be negligible, given the data collection period and the implications of the ongoing lockdown of parts of the country on prices.

He said prior to the lockdown, prices of most goods and services had gone up astronomically but flattened after the lockdown.

Given that April’s CPI would be computed on data collected in the first week of that month, he said it was likely that some prices that had witnessed strong price increases prior to the lockdown would have eased by the time staff of the GSS go into the markets to collect the data.

“So, if you do not take your time and understand the dynamics, you will say that people are cooking data,” he said.

He said he expected the food basket to suffer more from the COVID-19 impact than the non-food.