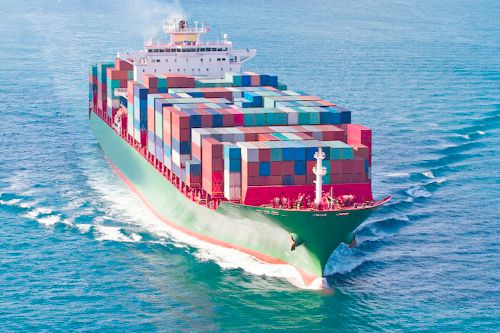 Over the last four years, the total volume of goods passing through the country’s two seaports Tema and Takoradi reached 74.5 million tonnes in 2017.

In terms of growth rate, data from the Ghana Shippers’ Authority (GSA) show that cargo throughput rose from 7.2 per cent in 2015 to a record high of almost 16 per cent last year.
This is as a result of the relative improvements in some major macroeconomic indicators of the country.

As is the case with most primary product exporting countries, the volume of export for the period was far lower than the volume of items imported.

Data from the Ghana Shippers’ Authority (GSA) shows that the development was influenced by corresponding increment in imports, exports, and transits.

Over the period under review, there were increases recorded for all the years except 2016.

Total break bulk import constituted about 15 per cent of total import trade for the period.

This included bagged cargoes such as fertiliser, cement, sugar, rice and flour.

Break bulk import decreased within the period except 2017.

Over the review period there were increases in the dry bulk import in each year except 2015.

Liquid bulk which is up of bitumen, chemicals crude oil, liquefied petroleum gas and other petroleum products formed about 23 per cent of total for the period.

There were increases in all the years except 2017 for the period.

About 86 per cent of total import for the four year period was handled through the Tema port while the Takoradi port handled about 14 per cent.

But the direction of maritime trade of Ghana is mostly to and from regions of the world categorised as United Kingdom, North Continent, Mediterranean, Europe, North America, Far East, Africa and others.

Import trade for the period came from these ranges in varying volumes.

It can be seen that maritime liner import trade increased throughout the period except 2016 where it recorded a fall in trade tonnages.

In 2017, liner import trade recorded a 39 per cent increase to million tonnes.

Majority of the liner import trade came from the Far East range recording 45 per cent of the total liner trade for the period.

North Continent ranged was with a share of 14 per cent followed by Africa with 13 per cent, Mediterrean Europe and others ranges with six per cent and United Kingdom with three per cent.

This included bagged cargoes such as fertiliser, cement, sugar, rice, and flour.

Within the four year period break bulk export increased except 2017 which witnessed a marginal decrease.

Liquid bulk which is made up of petroleum products and other liquid bulk product had a share of about 319,915 tonnes representing 1.7 per cent of total export.