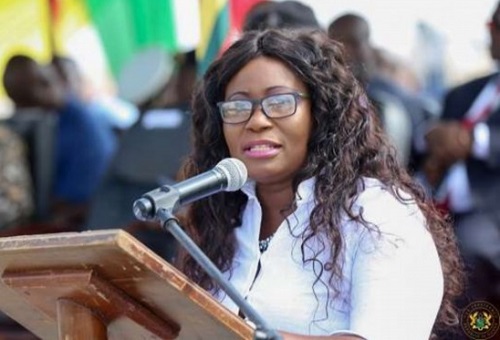 The Ministry of Fisheries and Aquaculture Development (MoFAD) will partner the Ghana Export Promotion Authority (GEPA) to provide an off-taker for tilapia harvested from James Camp Prison’s fish farm.

The James Camp Prison is harvesting tilapia as a result of implementing the Aquaculture for Food and Jobs (AF&J) pilot scheme of the prison module, which began in August 2018 when the MoFAD collaborated with RAANAN Fish Feed to revamp and stock the prison farm with 1,600 fingerlings of tilapia and 235 bags of RAANAN fish feed early this year.

According to the Minister for Fisheries and Aquaculture Development, Elizabeth Afoley Quaye, in the fish processing aspect: “We are providing them with some improved fish-smoking ovens we call ‘Ahoto ovens’. We will build them so they can process the fish, and also bring on GEPA to create some external markets for the fish”.

The AFJ programme is generally a youth-oriented project and is expected to be implemented within a three-year period from 2019 to 2022.

On when it will be fully launched, the minister hinted at before the last quarter or by close of the year.

“We want to increase our fish production. We have a deficit of about 60,000 metric tonnes. We want to bridge this gap by using fish farming,” she added.

The Acting Regional Commander DDP and Officer in Charge of James Camp Prison, Patience Baffoe-Bonnie, says the aquaculture project will contribute to the national food basket, as they sell part to the public.

It also creates skills for the inmates and officers.

She disclosed that the prison camp intends to construct more ponds and a sachet-water factory; and they have also started production of liquid soaps for washing uniforms, as well as setting up a Creative Arts Department – all initiatives the camp intends to see through.

An estimated 7,000 additional direct and indirect jobs will be created, and 33,628metric tonnes of additional fish will be produced in 2019. Government will leverage on the PFJ, RFJ and AFJ to reduce the importation of food into the country, by ensuring domestic food and nutrition security.