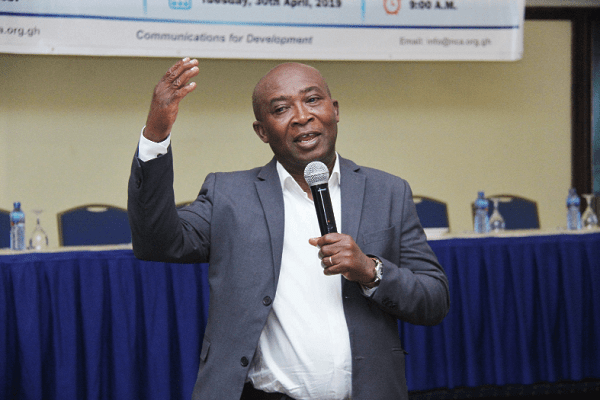 The National Communications Authority (NCA) has drafted a bill that will regulate the quality of services provided by telecommunication companies.

To be known as the “Quality of Service Law”, the legislation is expected to be passed before the end of 2020.

As part of preparations towards the passage of the law, the NCA held a meeting with some patrons of telecommunication services in Accra last Tuesday to solicit their inputs.

Similar meetings have been held in Kumasi and Tamale.

After the consultations, the ministry will forward the draft legislation to the Cabinet and then to Parliament for consideration and passage.

The proposed law seeks to ensure that telecommunication companies put in place the right mechanisms (in terms of infrastructure) to ensure customer satisfaction in the delivery of their services.

It also seeks to standardise and improve the quality of telecommunication services in terms of network availability, network accessibility, service retainability and service integrity for all services such as calls, web browsing, financial services, messaging and social media access.

With regard to service accessibility for calls, the NCA is proposing that telecommunications companies should ensure that there should be at least 95 per cent connection rate at any given time.

In the case of service retain ability, represented by call drop rate, which is currently three per cent, the NCA is proposing a reduction from three per cent to less than one per cent.

In terms of service integrity, determined by the voice quality during a call, the draft regulation is proposing a less than 3.5 per cent for 95 per cent of all calls.

In a speech read on his behalf, the Director General of the NCA, Mr Joe Anokye, explained that the laws had become necessary to correct some outmoded provisions in the 15-year-old licence currently guiding the operations of the telecommunication service providers.

He said it was important to modify the terms of engagement to reflect the dynamic and modern trends in telecommunications services such as messaging, social media and mobile financial services that were not considered in the licence because either they did not exist at the time or were not widely used.

He said a quality service law was, therefore, required to make the necessary amendments because the Electronic Communications Act, (2008), which established the NCA, did not make room for the amendment of the licence.

An example of the outmoded provision of the existing law, he said, was that it gave service providers a week or two to configure a new SIM card for use, a development which was unacceptable today due to technological advancement.

He, however, reminded consumers that the provision and access of quality telecommunication services were a shared responsibility between the provider and the user.