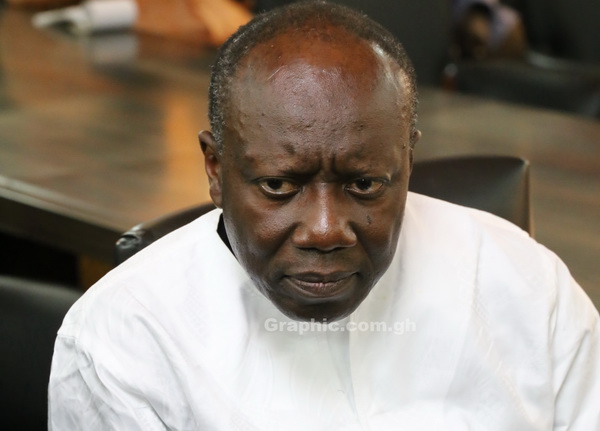 Minister for Finance, Ken Ofori-Atta has revealed that there are plans to have another development bank, which would create a guarantee system to support agriculture.

He made this known at a forum on the collapsed banks, organized by the Danquah Institute in collaboration with Citi FM.

The Minister was expectant that the new bank should be able to move the country forward beyond the small industries.

“So with that, you’re sort of cleaning the system up and creating a robust chassis for the transformation that we envision.”

Mr. Ofori-Atta hinted at this after reiterating government’s unflinching focus on merging the ADB and the National Investment Bank (NIB) into one entity.

In the 2018 budget, government announced that it was considering merging adb and NIB banks to serve industry and the agriculture sectors.

He mentioned that, as long as the government goes ahead to clean up, and to prosecute, to ensure that the mess created in the banking sector doesn’t happen again; it is really an opportunity to build the framework for a sustained growth that is anticipated.

Mr. Ofori-Atta assured that the contagion towards an economic crisis has been eliminated.

Nonetheless, he said “nobody is going to get out of the net and we have to be meticulous about it.”

To strengthen the capacity of banks operating in the country, the Bank of Ghana (BoG) raised the minimum capital requirement of universals banks from GHS 120 million to GHS 400 million, to be met by December 31, 2018.

In July, the governor of the BoG, Dr. Ernest Addison indicated that, at the very least, the central bank is certain of 15 banks that are likely to meet the new minimum capital requirement by the December deadline.

Of this, seven banks, not including the newly constituted Consolidated Bank Ghana Limited, have so far been reported to have met the requirement.

Some banks have announced plans of merging to meet the requirement by end of this year.