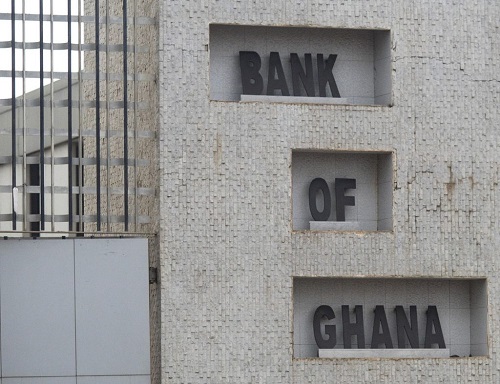 Despite moves by the central bank to sanitise the banking sector, the industry’s asset quality remains a source of concern as the Non-Performing Loans (NPLs) ratio remain high, the Bank’s latest Banking Sector Report has revealed.

The stock of NPLs increased from GH¢7.15billion as at end-April 2017 to GH¢8.63billion in April 2018 – a new record high, the central bank’s report published in May noted.

Though the industry’s Capital Adequacy Ratio (CAR) – the main solvency indictor – remains well above the statutory requirement of 10 percent, the report noted that about a fifth of the banking industry’s loan portfolio was impaired or went bad between the period April, 2017 and April 2018.

“The increase in NPLs reflected the migration of some legacy loans to the non-performing category. Industry-wide the banks were solvent and liquid, although signs of weaknesses remained. Asset quality continued to be a source of concern,” said the report.

The sectoral breakdown of NPLs by economic activity indicated that the Commerce and Finance sector – with the greatest share of outstanding credit balance at 25.1 percent – also contributed the most to the industry’s NPLs, accounting for 29.2 percent of the total in April 2018. The Services sector, the report noted, accounted for 13.4 percent of total NPLs outstanding as at end-April 2018 and the Mining and Quarrying sector, 3.5 percent.

The report, however, noted that efforts by the Bank of Ghana to address these weaknesses are expected to improve the sector’s performance in the medium-term, and are aimed at ensuring that the banking system is sound and capable of effectively playing its role in supporting growth and development of the economy.

So far, the central bank has moved to dissolve two banks – UT and Capital, placed uniBank under the administration of KPMG for six months, and appointed a special advisor to

Sovereign Bank. These moves are expected to sanitise the already fragile sector and protect depositors’ funds.

Apart from these moves, the Bank of Ghana has increased the stated capital from GH¢120million to GH¢400million with a deadline of December, 2018; and introduced several guidelines to streamline risk management and corporate governance.

These guidelines and regulatory measures include publication of the corporate governance directive, in April 2018, to promote stronger corporate governance and risk management practices in the banks; the introduction of the Basel Regulatory Capital Requirement Directive, along with plans to roll out the Basel II/III supervisory framework; and an on-going review of guidelines, directives and regulations to the industry in line with the new Banks and Specialised Deposits-taking Institutions Act, 2016 (Act 930).

To underscore rising NPLs and moves to curtail them, the report noted that bank loans and advances saw a marginal decline from GH¢30.99 billion in April 2017 to GH¢30.84 billion, representing a -0.5 percent growth in April 2018.