Only 2% of SHS graduates prefer entrepreneurship 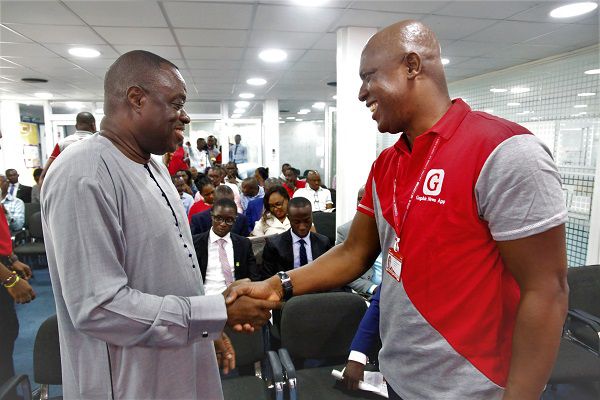 Only two per cent of senior high school (SHS) students in the country are willing to venture into self-built enterprises after school, the Minister of Business Development, Dr Ibrahim Mohammed Awal, has disclosed.

He said while 120,000 students who graduated from the various universities in the country annually were interested in public sector jobs, the government could employ only 10,000 out of that number, a situation which he said required students to start developing entrepreneurial skills.

Speaking at the launch of the GRAPHIC BUSINESS Tertiary Business Sense Challenge, Dr Awal said the trend was worrying, as it was in sharp contrast with what pertained in developed countries such as the United States and the United Kingdom where majority of the youth ventured into self-built enterprises after school.

“Only last year the ministry launched the Student Entrepreneurship Initiative (SEI) in second-cycle institutions across the country and we conducted a research to find out how entrepreneurial our young people were. But we realised that only two per cent of young people in SHSs wanted to do business, while 68 per cent wanted to work for the government,” he said.

“This contrasts sharply with what pertains elsewhere. In the US, 72 per cent of young people in colleges want to be business people, while in the UK it is over 58 per cent,” he added.

Dr Awal said the Tertiary Business Sense Challenge was in tandem with the government’s agenda to create jobs, riding on the back of the private sector through entrepreneurship ventures.

“What GRAPHIC BUSINESS is doing is in line with what the government wants to do in terms of entrepreneurship in this country,” he said.

For his part, the Managing Director (MD) of the GCGL, Mr Ato Afful, said the Graphic Business was dedicated to serving the business community by creating the right content, while supporting the government in the development of the country.

“Because of this our rich heritage, we rightly attract a great following,” he said.

He explained that the Tertiary Business Sense Challenge was one of the off-page experiences created by the GCGL to ensure that the company’s brands created the right connections with its audience.

“We want to ensure that our top-rate business institutions that are represented have access to relevant content forms, so we speak not only in theory but in context and with relevance to the business ambitions of this country,” he explained.

The launch of the challenge saw 14 tertiary institutions drawn into groups of two to compete over the next 13 weeks for the ultimate prize.

Also included in the competition are the Kwame Nkrumah University of Science and Technology (KNUST), the University for Development Studies, the Methodist University College and the Wisconsin University.