Planting for Food and Jobs – 600,000 farmers registered so far 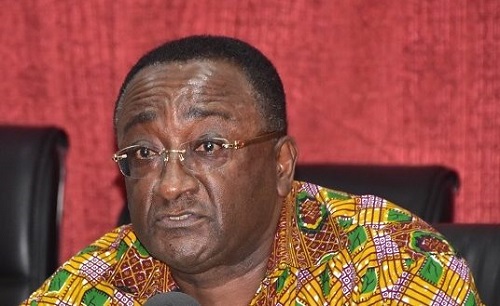 Statistics at the Ministry of Food and Agriculture shows an upsurge of farmers registering with the government’s flagship programme, Planting for Food and Jobs (PFJ).

With an initial estimated figure of 200,000 farmers expected to register with the programme when it was launched in 2017, it ended the year with a figure of 282,000 farmers participating.

Provisional figures at the ministry as of September this year pegged the number of farmers who had registered under the programme at 600,000 instead of the projected 500,000. The ministry foresees a subsequent yearly increment until it hits 1.5 million by the year 2020, by which time, the country would have attained food sufficiency and food security, making the importation of certain food items such as rice and maize unnecessary and unattractive.

In addition, it aims at creating jobs for the teeming unemployed youth and creating incentives and awareness to increase investment and attract the youth in particular into agriculture.

The ministry has generally described the programme as a resounding success, even though just like at the beginning of every project, it was bedevilled with teething problems which were exacerbated by the unexpected Fall Armyworm devastation.

The roll-out of the programme in 2017 has changed the face of the agricultural sector of the country. For instance, from a growth rate of 2.8 and 3.0 per cent in 2015 and 2016 respectively, the sector shot up, courtesy of the Planting for Food and Jobs to a provisional figure of 8.4 per cent by the close of 2017. This can be attributed to the supply of improved seeds, increased fertiliser supply at a subsidised price and the intensification of the agricultural extension service.

These measures resulted in a phenomenal growth in the agricultural sector and an indication that Ghana is really set to feed itself with home-grown food devoid of imports. With the success story of the first year of the Planting for Food and Jobs, there is a bright future ahead of us.

To consolidate the gains so far, the sector Minister, Dr Owusu Afriyie Akoto, has taken far-reaching decisions to get the job done and ensure food security in the country. For instance, the ministry is now revamping the extension services sector to ensure that the farmers get the needed help to improve their farms.

From the scope of the agricultural sector to key interventions and the way forward, the minister recounted the abysmal performance of the sector over the past few years until the President Addo Dankwa Akufo-Addo-led government took charge of affairs and rolled out the flagship programme, the Planting for Food and Jobs, which he said had caught up very well with Ghanaians.

The minister disclosed to journalists recently that out of the 4,400 extension service officers needed in the country, it can boast of only 1,600 and about 80 per cent of the number would retire in the next two to four years.

Dr Akoto explained that the current government was doing everything possible to enhance extension services and announced that the ministry had been given clearance for the recruitment of 2,700 agriculture extension agents to serve as a link between technology and the farmers.

He added that 3,000 motorbikes, 216 pickups and protective clothing had been procured for distribution nationwide to support extension delivery.

In addition, the ministry is expanding the scope of the programme. For instance, it is extending it to cover livestock under the name, “Rearing for Food and Jobs”, the inclusion of all public senior high schools, public tertiary institutions, religious bodies, traditional leaders, urban communities and the national security service.