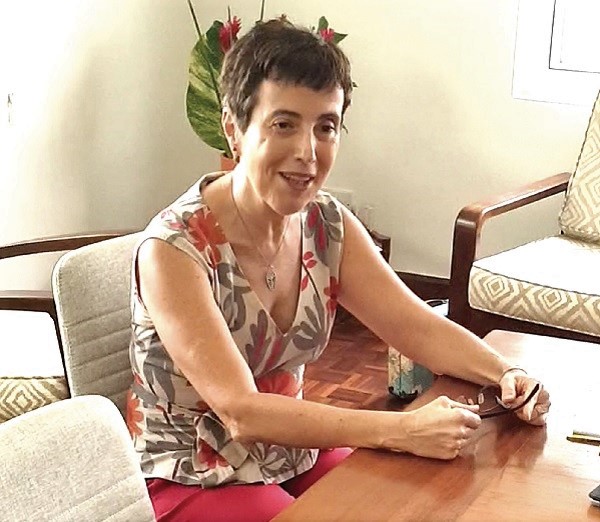 Ghana has been urged to prepare for post-COVID-19 challenges that may occur after the pandemic in order not to be overtaken by events.

The Head of the European Union (EU) Delegation to Ghana, Mrs Diana Acconcia, said the devastating effects of COVID-19 that continued to take a toll on people and the economies of nations showed that it was about time Ghana and Africa in general prepared for the challenges that would come in its aftermath.

“We should be looking at innovations and health, including cheap or affordable and quality health care,” she said.

Speaking to the Daily Graphic in Accra, Mrs Acconcia said it was in that vein that the EU agreed with the government on Ghana’s focus on digitisation.

She also said it was important for Ghana to develop its pharmaceutical industry, adding that the EU was ready to offer support to Ghana to strengthen its small and medium enterprises (SMEs).

She observed that Ghana had a huge entrepreneurship potential which was innovative and resilient, saying: “We should not lose sight of the multiplier effect of these potentials.”

The envoy disclosed that the EU and its member states had mobilised more than 100 million Euros to support Ghana during the COVID-19 crisis.

She said the biggest chunk of the fund was coming in as direct support to the government in the form of a grant.

“This means that it will not worsen Ghana’s public debt situation and add to its burden,” she added.

Mrs Acconcia said the EU had always been quick to make donations during emergencies, and that it would accelerate and redirect projects and also donate personal protective equipment to its partners.

As the whole world bore the brunt of the pandemic, she said, it was important that people worked together to overcome the crisis.

According to her, the EU was enjoying fruitful cooperation with the government of Ghana, adding that President Nana Addo-Dankwa Akufo-Addo had shown leadership.

She gave an assurance that the EU‘s commitment to Africa had not stopped, nor had it closed its borders. According to her, the EU market would be still available to Ghanaian exporters in the aftermath of the pandemic.

Mrs Acconcia said it was important that the multilateral chain was kept open, especially at this time.

The EU Ambassador said it was important that countries pooled resources to battle the virus.

She announced that the EU had mobilised over €15.2 billion in its preparation towards a robust global response plan to support partner countries in their fight against the virus. She said part of the amount had already been disbursed.

Mrs Acconcia also announced that the EU was leading efforts in mobilising scientific excellence worldwide through multilateral platforms, such as the Global Research Collaboration for Infectious Disease Preparedness.

She further announced the launch of a €20-million Green Project, which would focus on the youth, in collaboration with the Dutch Corporation.