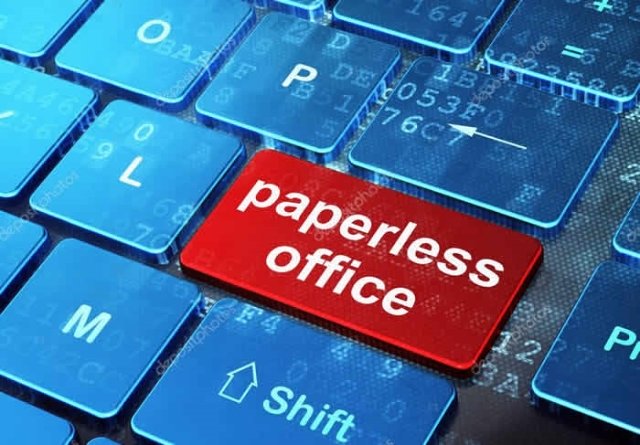 President Addo Dankwa Akufo-Addo has said government is going to adopt a paperless system in the public sector to eradicate the unnecessary delays in service delivery as part of reforms in the sector.

President Akufo-Addo indicated that Ghanaians have not had the best service delivery from public institutions over the years due to the numerous reliance on human contact.

“The Ghanaian people in recent years have expressed dissatisfaction with the systems of service delivery in the public sector,” he observed.

He is convinced the paperless system will lessen the feet-dragging of personnel in the sector.

The President made the comments at the launch of a five-year National Policy Sector Reform Strategy (NPSRS) in Accra on the theme, ‘Delivering for Citizens and Private Sector’.

The government had earlier introduced the paperless system at some institutions and notable among them is the port.

In 2017, the Vice President, Dr. Mahamudu Bawumia, bemoaned the operations at the port citing inexplicable charges, delays, lack of transparency and the overall complexities in the processes which warranted the introduction of the paperless system to foster activities.

Explaining the motive for the new plan in a speech delivered on Wednesday, August 2, 2017, the Vice President said:

“We are moving from a system of applying substandard and unnecessary complex procedures at the port to a system which meets international standards. We need value for money as a nation and we are going to insist on it.”

The public sector, according to President Akufo-Addo, has undergone a lot of reforms but has not seen any major transformation, stating “that is why my administration has begun this process that hopefully will lead to the creation of a new public service that is fit for purpose, which will guarantee the delivery of high-quality service for the Ghanaian people and the private sector.”

Also, the President indicated that the five-year strategic policy reform is the surest way to ensure the effective operation of the respective institutions to aid government to achieve its goals.

“The reform will review and modernise the current structure, systems, processes and internal management functioning of the public sector to support government development priority,” the President said.

President Akufo-Addo added that a vibrant and vigorous private sector will serve as the major tool for the socio-economic transformation of the country and create employment opportunities for the youth in the nation’s pursuit of Ghana Beyond Aid.

He further stressed how modernised and improved working conditions can facilitate productivity in the public sector and the need for a systematic review of public sector compensation to be performance-based.

Meanwhile, CEO of the Public Sector Commission, Thomas Kusi Boafo, in an interview with Adom News after the launch the policy, said the policy will be mainstreamed in the main budget so that successive governments will invest monies in it to ensure its sustainability.

Mr. Kusi Boafo admonished that the policy should be seen as a holistic document that will aid effective service delivery in the country.

He commended the previous National Democratic Congress (NDC) government for commencing the strategic policy for the governing New Patriotic Party (NPP) to build on.