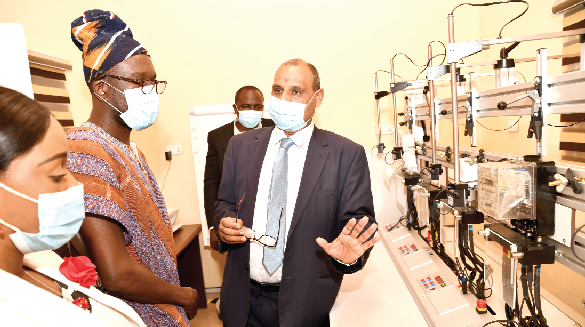 The Executive Secretary of the Public Utilities Regulatory Commission (PURC), Mrs. Maami Dufie Ofori, has assured electricity consumers that their complaints on meter inaccuracies and wrong billing can now be resolved within 24 hours.

Speaking at the inauguration of the PURC Energy Test Meter Laboratory in Accra yesterday, Mrs. Ofori said the commission was confident that the delays in resolving issues between electricity providers and consumers would now be reduced by about 50 per cent.

“The laboratory will enable the commission to monitor and assess the quality of services and integrity of meters used by regulated electricity companies for further improvement,” she said.

She said it was equipped with a modern stationary reference meter test bench that had five separate testing positions capable of testing up to five different electricity meters simultaneously.

The test bench, she said, could also test both single phase and three-phase meters.

Mrs. Ofori said the PURC’s developed capacity was a game-changer, as it would serve as an independent testing facility for all billing and metering related disputes that might arise.

Unlike before when electricity providers conducted tests on disputed meters in their facilities, the coming into operation of the Energy Test Meter Laboratory would provide the PURC with the capacity to independently verify claims by service providers in an accurate manner, she said.

She said the laboratory would also help the commission carry out random meter sampling tests and assert its independence and impartiality in carrying out its regulatory functions.

“It will help enhance the PURC’s efficiency to resolve consumer and utility complaints promptly, as well as have a positive impact on the performance of utility service providers,” she added.

Mrs. Ofori said the laboratory would also help the PURC conduct specific checks to ascertain the overall integrity of meters used by the providers of electricity.

“Prior to setting up this laboratory, the commission relied on a number of portable meter test equipment to undertake some of its regulatory functions of resolving complaints on meter accuracies and billing,” she said.

She explained that although the portable meter test equipment and analyser had proved to be handy and an invaluable asset over the years, they lacked some of the capabilities of the Reference Standard Meter Test bench, which included the capability to test meters with high accuracy limits.

According to Mrs. Ofori, to help ensure that the facility was operated by qualified engineers, the consultant on the project, Alpha TND Limited, had trained six technical members of staff of the PURC on how to operate the facility and issued certificates to the beneficiaries at the end of the training.

During a tour of the facility, which is located at Ridge in Accra, the General Manager in charge of Metering at Alpha TND Limited, Mr. Bachchoo Singh, said the laboratory would be of great benefit not only to the PURC but also consumers, who often felt short-changed by power distributors.

He said Alpha TND had, over the years, positioned itself to provide critical services for the development of the countries in which it operated.

Mr. Singh assured the PURC that the six technical staff members trained to run the facility were equipped with all the necessary skills and information to manage the facility for it to achieve its intended benefits.