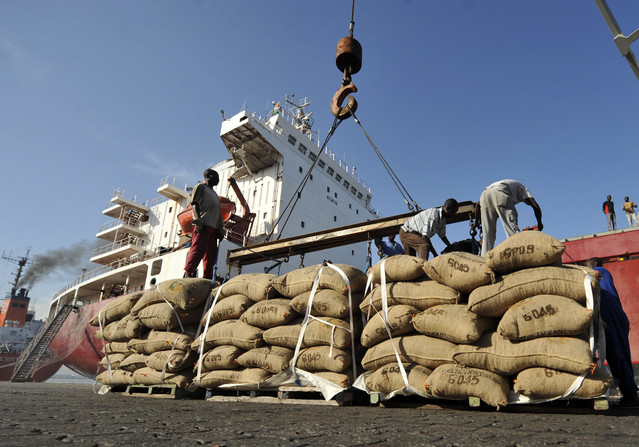 Shippers ferrying Ghana’s cocoa exports to Europe will cut their freight charges by 9.4 percent for the October-September season to compensate the country for recent global bean price falls, the head of Ghana Shippers Authority said on Friday.

Benonita Bismarck said that from Monday, shippers will charge 35 pounds per tonne for cocoa shipments to Europe – compared with the 39 pounds its members received in the previous season.

“The reduction in tariffs was mainly due to recent price volatilities in global cocoa prices. The price of cocoa is down by 40 percent, so we think a 9.4 percent reduction somehow compensates for it,” she told reporters at the end of a negotiation meeting in Accra.

Ghana, the world’s second-largest cocoa producer after Ivory Coast, said it lost around GH¢2billion (US$410m) last year due to a sharp fall in global bean prices.

The country operates a two-cycle cocoa season consisting of the main crop, which is mainly exported to Europe at a premium, and a light crop harvest that is discounted by around 20 percent to local grinders.

At least 700,000 tonnes of premium beans from the main crop harvest is exported annually, the cocoa marketing company said.

The two West African nations, which account for around 60 percent of the world’s cocoa beans supply, have agreed to work together on improving production and sales of cocoa in a bid to boost profits.