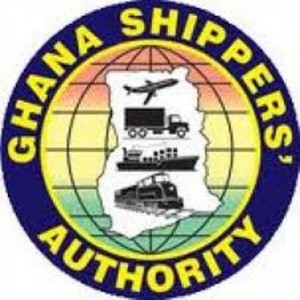 Shipping and logistics service providers as well as businesses along the exports value chain have identified the need for robust, efficient and cost-effective transport logistics infrastructure to boost gains of the sector for the economy.

At an exporters’ forum organised by the Ghana Shippers Authority (GSA) in Accra, the poor road networks and infrastructure, high freight rates, poor handling of cargo by handlers, and other technical issues were indentified as key bottlenecks to the export trade sector.

The Chief Executive Officer of the GSA, Ms. Benonita Bismarck, in a speech read on her behalf reiterated concerns of exporters on the need for relevant logistics and trade systems to promote the sector, expressing concerns about the low gains of the exports sector for the local economy.

“A major driver of economic growth in any nation is the volume of its exports; Ghana’s economy has unfortunately benefitted less than it potentially can in this area, especially with non-traditional exports,” she said.

She attributed this situation to the nation’s over-reliance on export of raw materials, lack of value addition to raw materials, and the apparent neglect or low level of export for NTEs due to challenges facing exporters.

The export trade sector has seen an appreciable surge in recorded trade volumes. In 2018, cargo throughput increased by approximately 8 percent compared to that of 2017.

In line with the rise in general cargo traffic, total volume of traded exports was 7.66metric tonnes for the same period – representing an increase of 24.6 percent over the previous year.

But according to the GSA boss, “While these figures represent some growth in the export trade, there is certainly more room for improvement”.

She therefore encouraged participants of the forum to respectively play their roles in the quest to transform the country into a highly-industrial, robust and export-led economy.

For its part, Ms. Bismarck said, the GSA has key projects ongoing – including warehouses, the Takoradi Logistics Platforms and the Boankra Inland Port – which when operational will be a boost to transport logistics for both the export and import value chain.

The one-day forum, on the theme ‘The critical role of transport logistics in the exports value chain’, convened the exports community to brainstorm how efficient transport and logistics systems can enhance competitive advantages of the trade and its impact on the economy.