SOEs to take up stakes in oil blocks 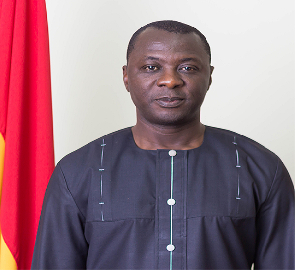 He said government wants to encourage companies like GOIL and the Social Security and National Insurance Trust (SSNIT) to consider taking up some minority stakes in exploratory activities, as part of a government policy known as `warehousing’ of oil stakes.

These stakes can later be offloaded on the Ghana Stock Exchange when local firms are ready to take them.

“We have different scenarios to enhance local participation in the upstream sector of the oil industry – one of which is the warehousing strategy, whereby stronger local companies, including some state companies like GOIL and SSNIT, can take up more local participation so that as the capacity increases they can offload to interested parties on the Ghana stock exchange.”

The country opened its first competitive bidding rounds for oil blocks last month, and the winning companies are expected to have local partners to take up the minimum of 5 percent as local content before parliament can ratify the agreement.

According to Dr. Adam, ExxonMobil which signed its agreement in January is yet to announce a local partner to facilitate parliamentary ratification.

This, he said, is part of the reason government is encouraging companies to come together and form stronger partnerships and a consortium that can effectively participate as indigenous Ghanaian companies to operate within the upstream oil sector.

“As per the agreement signed with ExxonMobil, Ghana gave them 270 days to find a local partner before it will be ratified by parliament.

“The Exxon agreement is expiring at the end of this month and we are waiting for them to come to us saying they will need more time if they have not found a local partner; and given the level of cooperation we want to pursue with our partners, we want to help them find a local partner so we all can benefit from their investment. We will not say ‘no’ to giving them additional time to ensure they find a local partner because it’s a requirement by law.

“Local partner doesn’t necessarily mean individuals, it could also mean state institutions; so, the scope for selecting a local partner is broad. Local content is a biddable factor in the bidding rounds; companies must state what percentage of stakes they will allocate to local companies, as the law says it should be a minimum of 5 percent.”

On crude oil output increasing by five-fold at about 1m barrels per day on new discoveries, Mr. Adam said:

“We know that when Aker’s field comes on board we will move from the current crude production of 200,000 barrels per day (BPD) to 300,000 barrels per day; however, government is fully aware of the reality that some of the fields may enter their decline phase. So, we have developed strategic plans to maintain a plateau production of 300,000 BPD – so that while others are going down new ones are coming up”.

He said to be able to increase production to 500,000 BPD and beyond over the next ten years, government wants to be able to make the 1miliion BPD mark.

The strategy, he said, recognizes that there are risks – among which are geological risks. “The good news is that in the western basin where the competitive bidding is going to focus, 39 out of 80 prospects have delayed in confirming discoveries – which means that there is a 50 percent chance that commercial discoveries can be made in those areas.”

“So, even though geological risk can affect our plans, we are confident that they will succeed because the risks in the western block have been minimized.’’

In preparation for these investments and development, he said, government has launched the Accelerated Oil and Gas Capacity Programme for training university graduates to take advantage of the numerous job opportunities offered by the industry.

“These will include scholarship programmes and attachment of Ghanaians to international oil companies around the world for acquisition of the requisite skill, technical know-how and entrepreneurial capacity,’’ he stated.