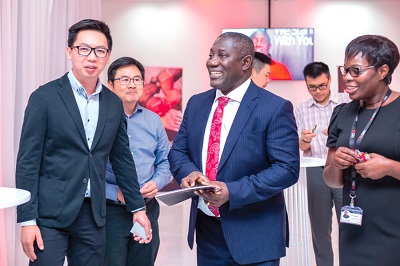 The Ghana Statistical Service (GSS) has released the first rebased Inflation rate since the change in the formula for calculating the rate of increase in the price levels of goods and services in the country.

Using the month of August, this year as the base period for the exercise, it recorded an inflation rate of 7.8 per cent for the period under review.

Announcing the rate at a news conference in Accra yesterday, the Government Statistician, Professor Samuel Kobina Annim, for the avoidance of doubt, stated categorically that the new rate of inflation as recorded for the month of August cannot be compared to the previous month, July 2019, which had a figure of 9.4 per cent because that figure had 2012 as its reference period as the rebased Consumer Price Index (CPI).

He further explained that the new figure which is 7.8 for the month of August, had 2018 as the reference year.

Professor Annim said the August rate was largely driven by food inflation which recorded a rate of 8.2 per cent while the non-food inflation rate was 7.4 per cent.

“The year-on-year inflation rate as measured by the CPI was 7.8 per cent in August 2019 with an index of 108.7. Alcoholic beverages, tobacco and narcotic was the key driver of August’s inflation,” he said.

The food and non-alcoholic beverages group recorded a year-on-year inflation rate of 8.2 per cent. Fruits and nuts (25.2%), Cereals and cereal products (10.6%), sugar confectionery and deserts (9.05%), and ready-made food and other food products (8.3%) were the major drivers of the food inflation.

The non-food group recorded a year-on-year inflation rate of 7.4 per cent in August 2019.

Alcoholic beverages, tobacco and narcotics 912.9%), transport (10.2%) and housing, water, electricity, gas and other fuels (9.9%) were the key drivers of the non-food inflation in August.

Prof Annim noted that at the regional level, the year-on-year inflation rate ranged from 3.9 per cent for Eastern Region to 12.4 per cent for Greater Accra Region.

The Eastern Region recorded the least inflation rate of 3.9 per cent,” he said.

Prof Annim said as part of the GSS’ continuous commitment to improving on the quality of its data, the CPI has been rebased.

“This adequately reflects the peoples’ purchasing habit. There are 307 items in the new basket compared with the 267 in the old basket.

The points of data collection has also increased from 42 markets in the old basket to 44 markets in this new series,” he reiterated as he clarified the issues to avoid any misconceptions about the new figure for August as compared with July, this year.

The GSS also announced that provisional real Gross Domestic Product (GDP) in volume terms increased to 5.7 per cent in the second quarter of 2019.

Prof Annim said the Services sector recorded the highest growth rate of 6.5 per cent while the industry sector followed with 6.1 per cent and agriculture with 3.1 per cent.

The main sub-sectors driving the growth in the quarter were Information and Communication, Mining and Quarrying, Health and Social work and Real Estate.