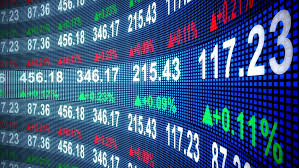 After an abysmal performance, recording more than 14 percent loss in the first nine months of the year primarily due to sentiments about next year’s general election, the Ghana Stock Exchange (GSE) is expected to recover for the last quarter, Data Bank research has predicted.

The country’s equity market, according to Data Bank’s third quarter review of the economy, has remained unresponsive to improved corporate earnings and decent dividend payments as broad-based uncertainties concerning the outcome of elections in December 2020, its associated political risks, and the possible implications of government policies continued to dominate market sentiment.

This has resulted in the GSE Composite Index contracting by 7.9 percent quarter on quarter. The market capitalization – which is the total value of shares on the stock exchange – also stood at GH¢56.2 billion as of end of September 2019 compared with GH¢66 billion recorded for the same period last year, representing a 14.8 percent decline year on year.

Again, the report adds that out of 35 counters that traded during the 9-months, the local bourse recorded 30 price changes — 6 gainers and 24 laggards. Despite these poor showing, the GSE is tipped by the researchers to recover by end of the year.

“Moving into the fourth quarter, we expect the Ghanaian stock market to witness a modest recovery amid pressures from the upcoming 2020 Ghanaian elections. Strengthening stability of the Ghanaian currency and stronger earnings expectations for Q4-2019 should help ease the persisting negative investor sentiment.

The Central Bank’s newly introduced forward FX trading should aid the stability of the cedi while improving economic fundamentals should bode well for earnings,” the report said.

The research further explained that the banking sector clean-up, upbeat about the earnings of oil marketing companies, and a vibrant telecommunication sector will all contribute to the bounce back of the local bourse.

“Owing to the clean-up of the main players of the cheap deposit space, competition for cheap deposits among commercial banks is tipped to intensify as banks seek to gain dominance in the space…Valuation of the banking sector remains attractive as the average price-to book ratio of the sector continues to be depressed, falling below the 6-year average.

We remain upbeat about the earnings prospects of companies in the Oil Marketing sector (OMCs) following increased activity in the upstream oil and gas sector coupled with the expansion of Ghana’s ports.

We reiterate our growth outlook for Ghana’s telco sector with considerable growth expected from the increasing 4G data services, as well as the rapidly growing mobile money (MoMo) penetration,” states the report.