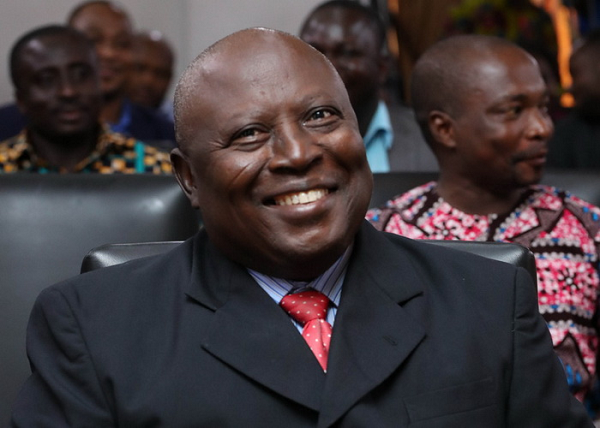 The Supreme Court has upheld the appointment of Mr Martin Amidu as the Special Prosecutor.

In a 5-2 majority decision Wednesday [May 13, 2020], the Supreme Court dismissed a suit filed Dr Dominic Ayine, a former Deputy Attorney-General, challenging the eligibility of the Special prosecutor based on his age.

The court did not give reasons for its decision but said the reasons would be filed by the close of Thursday, May 14, 2020 at the court’s registry, Graphic Online’s Ebo Hawkson reported.

Dr Ayine had argued that Mr Amidu was 66 when he was appointed as the Special prosecutor and therefore per the laws of Ghana he was ineligible to hold the office.

Dr Ayine, who is also the Member of Parliament (MP) for Bolgatanga East, went to the apex court to seek a constitutional interpretation with a case that Mr Amidu was 66 when he was nominated, and, therefore, he was ineligible to be the Special Prosecutor.

The legislator named the A-G and Mr Amidu as defendants in his legal action, but on February 5, 2019, the court struck out the name of the Special Prosecutor as a defendant after it had held that he was not a proper party to the action.

A statement of case accompanying Dr Ayine’s writ stated that by nominating and appointing Mr Amidu to be vetted and approved by Parliament, both the A-G and the President, respectively, had violated Article 199 (1) of the 1992 Constitution.

“The Office of the Special Prosecutor is, thus, a creature of the Constitution to the extent that it is a direct offshoot of a power drawn from Article 190. Once Parliament passed Act 959 and the President assented to it on January 2, 2018, the Office of the Special Prosecutor became part of the public service and governed by the constitutional provisions relating to the public service and public office holders,” the statement of case noted.

In the State’s defence,a deputy A-G, Mr Godfred Yeboah Dame argued that public servants compulsorily retired at the age of 60, with a further possibility of extension of their years of service under Article 199 (4), and that not all public officials were caught by the compulsory retirement age of 60.

The State is, therefore, praying the court to hold that the position of Special Prosecutor is a public office (organ) like the Statute Law Revision Commissioner, not caught by the retiring age prescriptions in Article 199.

“It is submitted that to place the constraints of age on a person who exercises prosecutorial powers when the Constitution has not specifically provided for same is plainly untenable,” the deputy A-G argued.

The deputy A-G further submitted that by the combined effect of Articles 88 (4) and 298 of the 1992 Constitution, the enactment of Act 959 to provide for the appointment of a Special Prosecutor on a non-renewable seven-year tenure and the subsequent appointment of Mr Amidu to that office were within the rightful legislative competence of Parliament.

Mr Dame, therefore, wants the court to give full force and effect to the powers of Parliament, as the legislative body of Ghana, to provide for all matters, except as are not in contravention of, or inconsistent with, the 1992 Constitution.