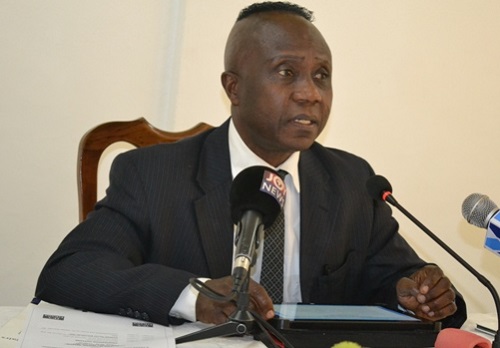 Government will need to make some tough calls in correcting the wrongs of tax exemptions and illicit financial flow, as well as pay attention to the huge potential for taxing properties to shore-up domestic revenue, Dr. John Kwakye – an economist and member of the Monetary Policy Committee (MPC), has said.

Speaking as a panellist at a post-budget forum organised by the audit firm KPMG, in Accra, he queried why government is not doing enough to beef-up its domestic revenue, looking at budget projections into the medium-term compared to other middle-income economies.

“Because we are not raising enough revenue, our expenditure is also constrained because we have to live within the fiscal responsibility limits. The question is: why are we not taking bolder steps and measures to raise more domestic revenue?

“The economy lost GH¢5billion to tax exemptions, as was said by the president in his State of the Nation Address – but there is a Tax Exemption bill before parliament that has not been passed,” he noted.

He added: “There is also the issue of losses we incur as a result of illicit financial flows, trade misinvoicing and all that which we are not doing enough to stem and flush out. Even with property taxes, there is a huge potential there”.

One other measure that the renowned economist proposed was the introduction of selective taxation, whereby specific booming sectors of the economy are taxed separately.

“For a developing country like ours, we can introduce selective taxation on booming sectors of the economy for development.

“The mining, banking and telecommunications sectors, these are the booming sectors of the economy where income is being generated,” he suggested.

Other panellists at the forum concurred that enhanced domestic revenue mobilisation will be key to government staying within budget and to meet its projected budget deficit of 4.7 percent in an election year.

Tax Consultant at Ali-Nakyea and Associates, Abdallah Ali-Nakyea, urged a more proactive approach to tax revenue mobilisation whereby officials of GRA would be seen on the ground consistently to enforce tax compliance.

He suggested that NABCo recruits should be trained and attached to audit teams of the GRA to consistently visit taxpayers for tax revenue.

“Withholding tax is ‘lazy tax administration’; it is the duty of the tax collector to assess and collect tax, but we are shifting that responsibility to the taxpayer – and now look at what we have.

“Give the taxpayer space and he/she plans where to hide the VAT that has been collected in the name of the state,” he noted.

The 2020 budget, themed ‘Consolidating the gains for growth, jobs and prosperity for all’, has already captured a number of tax reforms, including a comprehensive review of the tax system to understand the underlying constraints to domestic revenue mobilisation.

It has a transformational programme around people, technology and services to enhance efficiency and productivity of the state tax collector, Ghana Revenue Authority (GRA) and robust digitisation to aid both tax and non-tax revenue mobilisation.

To KPMG, these reforms from government were not surprising as tax continues to be the main fiscal policy tool that is employed to mobilise revenue.

The firm however cautioned that investments in technology to transform the entire tax administration process should focus on the identification and assessment of persons outside the tax net.

It added: “Government should also digitise all revenue collection points to create efficiency and eliminate leakages”.

On the proposed review of tax legislation, it advised government to ensure wider consultation with the public to avoid implementation challenges and compliance bottlenecks.