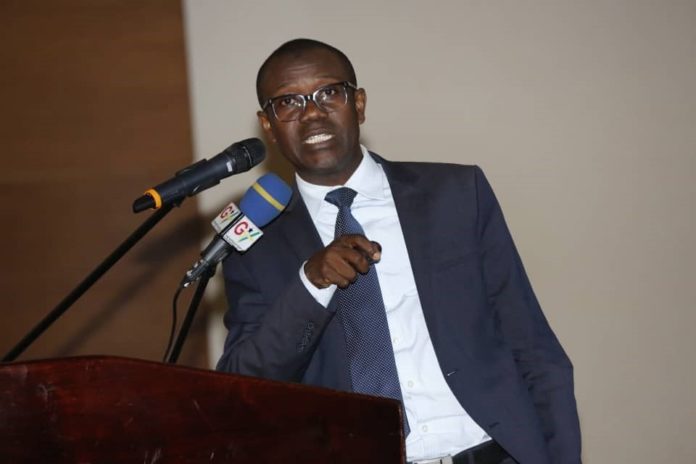 One trillion cubic feet (tcf) of gas is not going to aid the country’s quest to become a gas and petroleum hub in the sub-region of Africa, rather tens of tcf representing millions of barrels of oil, would revolutionise Ghana’s oil landscape, Hamis Ussif, Ag.Manager,Gas Business at Ghana National Petroleum Commission (GNPC) has suggested.

According to Mr. Ussif, one TCF will not take the country far, “at the rate of usage today of the gas, is going to be less than two decades and you don’t build an industry on the basis of such a short span, that is why GNPC and others partners are doing further explorations.”.

He also added that the recent discoveries made by ENI, GNPC, Vitol are going to further the objective and they are expecting that will help not only bring down the cost of gas in this country, but further stimulate the market.

“It has to be in tens of TCF because the market is not just in Ghana, we don’t expect to be playing only in the Ghanaian gas market, LNG is available but you cannot do it without large volumes, there are new technologies that allow mini LNG but those are not what you really will want in a new industry like ours; if we have the reserves like Mozambique, then we could have LNG, and we could have other uses”, he told B&FT in an interview at a stakeholder forum on Crude Oil and Natural Gas Marketing in Accra.

Furthermore, Mr. Ussif also revealed that the Ministry of Agriculture and government are working on a new fertilizer plant that will increase the demand for gas, and it is the expectation that it will come to fruition sooner than later.

“The more of those utilization facilities we can get, the better for the gas industry in Ghana”.

There is also the Petroleum hub in the Western region that the government intends to put up, this has received approval from Cabinet, and we are expecting it to come to fruition, he noted.

Research by Power Africa Gas Roadmap 2030, indicates that gas is a central part of the energy mix in Ghana, and key to displacing more expensive oil products. Despite its indigenous gas reserves and pipeline connection to Nigeria, Ghana may require LNG imports to meet projected power demand growth.

Government has already set a vision to build a strong oil and gas sector, with emphasis being placed on creating an enabling environment that would increase the production of the resource and attract investments