The impact of blockchain on the mining industry in Africa. Miners are you ready for the future? 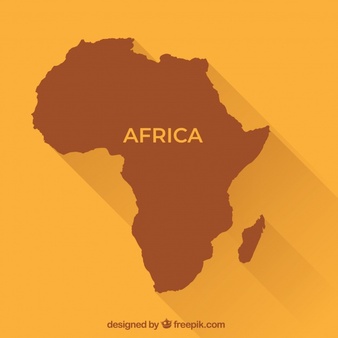 There is a quiet revolution in the technology space called blockchain.

One would ask: “What exactly is it and why is it important to players in Africa’s mining industry?”

Blockchain is an electronic ledger that maintains a growing list of records (called ‘blocks’) that can be simultaneously viewed by all participants.

Each block contains a timestamp and its integrity and security is maintained by converting ordinary text into unintelligible text and vice-versa so that only those for whom it is intended can read and process it.

Information in the ledger can be changed only with the consensus of a majority of participants.

Although Blockchain is a relatively new concept, it is currently being used in the industry for the following activities:

Blockchain allows stakeholders to know every set of hands the minerals have passed through, from the time it is mined, to when the final owner takes custody of it.

In the diamond trade for instance, this complete knowledge of the chain of custody means that there is limited opportunity to exchange a valid diamond for a blood diamond, thus guaranteeing the legitimacy of diamonds.

Everledger, a technology company based in London, has recorded the attributes of more than 1.6 million diamonds on a blockchain.

These entries include the colour, carat, and certificate number, which can be inscribed by laser on the stones.

Stakeholders have replaced paper certification processes with a blockchain ledger using computer scanning tools to access a digital vault and to determine the origin of any diamond.

The company was using spreadsheets in the past to record movements of wellbore rock and fluid samples. However, the new blockchain platform has allowed BHP to share data with its vendors.

Thus, working more effectively with them and enhancing internal efficiencies.

Potential uses of a blockchain

Blockchain provides security and transparency in business transactions, and removes the need for intermediaries.

Maintaining integrity Exploration data, laboratory analysis reports and other key information is typically recorded in databases as spreadsheets and in other formats that are prone to alteration and manipulation, and are usually shared via emails.

With multiple stakeholders involved, blockchain can guarantee the integrity and authenticity of information because records in blockchain cannot be altered or removed.

Blockchain can be used to monitor all minerals received and discharged from a port.

The total amount of minerals received would be credited to the sender and outbound operations would be registered for every vessel’s loading operations.

The location of minerals and inventory would also be shown in real time.

This will help hold stakeholders accountable over their operations.

This is an area that most mining companies admittedly find challenging.

Blockchain can automate this reconciliation such that the value at the points of production and processing is automatically registered in the ledger.

Blockchain could be used to automate the registration process and replace the need for registering findings with government agencies.

In this scenario, there would be minimal chance of conflict as blockchain would allow the mining company to prove precedence over several others.
Through blockchain technology, mining companies will have their certified information securely recorded.

The blockchain record would enable anyone to verify information such as the ore beneath the earth’s surface as well as the specific geographic location of the ore.

This could also be linked to a physical tag that detects if the ore body is moved or disturbed and communicates that information to a Smart Contract, which would in turn, notify the owner or law enforcement.

The same holds true for mining companies that make a discovery or invention.s

Accounting in complex joint ventures could be simplified because of the transparency that blockchain provides.

Blockchain can automate end-to-end tracking of metals and minerals through smart contracts and ensure that records are not altered.

Containers of concentrates and ore could be stamped with a unique reference that will subsequently be logged on a blockchain.

The reference will include information on the quality and quantity of each container and would be continually updated with tracking and logging movements.

However, the risk that concentrates and ores could be mixed with materials of undetermined origin prior to being sealed in the containers remains a possibility.