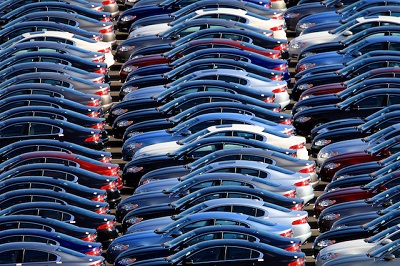 The three automobile companies that have signed agreements with the government to establish vehicle assembly plants in the country say they are on track to put their first vehicles on Ghana’s roads by next year.

While VW is expected to deliver the first car by the first quarter of next year, Toyota is looking at August and Nissan before 2020 ends.

All three companies have acquired lands for setting up the plants, while working towards meeting all the regulatory requirements.

The General Manager of Nissan West Africa, Mr Imad Antoine Ghorayeb, told the Daily Graphic that the company had already established its West Africa Regional Office and begun training sales and after-sales technicians in the sub-region ahead of production.

He said by the end of 2019, it would employ administrative staff to run the office.

“The kick-off of Nissan operations in Ghana should be around the first quarter of 2020, but you should be driving the first Nissan cars before the end of 2020,” he said.

He said the plant would be sited at the Tema Industrial Enclave, adding that the Tema area was chosen because of its proximity to the port to make it easy for transportation.

The Japanese multinational automobile manufacturer, Nissan, signed a memorandum of understanding (MoU) with Ghana in November last year to establish an assembly plant in Ghana.

Nissan, which leads new car sales in Ghana with a 32 per cent market share, plans to make Ghana its sales hub in West Africa.

Toyota Ghana’s Semi Knocked-Down (SKD) Project Coordinator, Mr Collins Donkor, told the Daily Graphic that the company was in the process of acquiring a building which would be modified to suit the needs of the plant.

While declining to give the location of the site, Mr Donkor said Toyota had considered the option of putting up the facility from scratch, but given the time limitation, it decided to acquire a property to modify it to meet the needs of the facility, which was expected to put Ghana’s auto manufacturing development policy in full gear.

Toyota Tsusho Corporation, on August 28, 2019, signed an MoU with the government of Ghana for the establishment of a Toyota and Suzuki assembly plant in Ghana on the day the company bought almost a five per cent stake in Suzuki.

The General Manager of Universal Motors, Mr Kevin Ackerberg, said the company had gone far with its preparations, with the only hold up being the registration of the company.

He said the authorised distributors of VW vehicles had a facility with a capacity of about 1,000 to 2,000 units a year, but was quick to add that in the near future, the company would build a plant that could produce 10,000 to 15,000 units a year.

“We have got vehicles to be shipped to us at this stage. By the first quarter of next year, our first car assembled here will be ready,” he said.

In August last year, VW signed an MoU with the government of Ghana to begin the process of establishing an assembly plant in the country to serve the West African sub-regional market.

The MoUs with the auto giants followed the government’s announcement of the Ghana Automotive Manufacturing Development Programme (GAMDP), which the Nana Akufo-Addo administration hopes will, among other things, generate high quality skilled jobs in manufacturing, offer an import substitution and export promotion to improve the balance of payment.

Apart from safeguarding the environment, the policy is also expected to improve road safety in the country and guarantee higher asset value for vehicle buyers, financiers and insurers, as well as transform the quality and safety of the national road transport fleet.

Mr Donkor told the Daily Graphic that Toyota was also working on meeting regulatory requirements to ensure that it was not held back when the project took off.

He said in addition to meeting the Ghana Investment Promotion Centre (GIPC) requirements, registration of the company and other steps to give the new company an identity and a strong legal footing, it was also meeting the Bank of Ghana requirements for funds transfer.

He, however, said a successful take off would depend on feasibility studies, which the company was currently conducting.

The Ghana Standards Authority (GSA), a fortnight ago, inaugurated a multi-stakeholder technical committee to formulate an international framework for the automobile industry.

The move is to help ensure that vehicles used in the country are of a high standard.

The committee is expected to play a lead role towards the establishment of a national vehicle homologation programme for Ghana’s automobile industry.

According to a Daily Graphic publication of February 3, 1969, Auto Parts Vehicle Assembly Plant, which was in the then Ring Road North Industrial Area, was equipped to produce 600 Nissan cars, 600 buses, pick-ups and trucks a year. The plant assembled only Nissan vehicles with components from Japan.

The rugged Bedford trucks were also assembled in Ghana.

The National Investment Corporation (NIC) also established an assemblying plant and workshop as part of the government’s industrialisation plan.

But experts say the private sector initiatives in the industry were, however, not sustained, partly due to the lack of a government policy, support and commitment, and the state-led NIC was put up for sale under privatisation.

Additionally, the absence of car manufacturing plants is blamed on the relatively small market size.

Secondly, there is the problem of the lack of skilled labour to man such plants.

According to data from the Ministry of Trade and Industry, the increasing rate of urbanisation, coupled with an expanding middle class in the ECOWAS sub-region, was expected to drive the demand for vehicles.

Vehicle imports into the region are estimated at more than 450,000 units per annum (mostly used vehicles but including new and grey imports).

That, however, requires regional harmonisation of national policies and rules relating to the importation of vehicles, including used vehicles, safety standards and environmental protection.