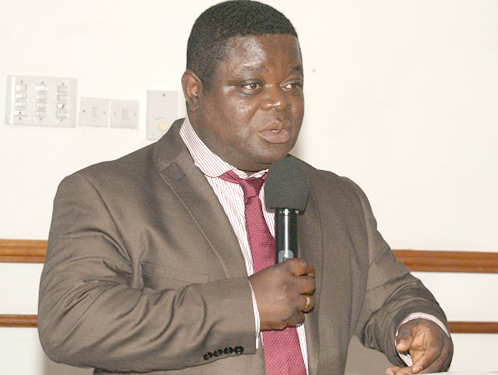 Professor of economics at the University of Ghana, Prof. Peter Quartey, has urged government to consider, as a matter of urgency, initiating the process of privatising some State Owned Enterprises (SOEs) in order to boost revenue.

It is reported by the Ministry of Finance that SOEs recorded losses of some GH¢1.3billion in 2016, just GH¢100million shy of the total amount of revenue shortfall in the first half of this year.

The Finance Minister, Ken Ofori-Atta, said in the budget that non-realisation of some programmed dividends from SOEs was partly to blame for the shortfall of targetted revenue.

In the professor’s view, inefficiencies of the SOEs have become a major drain on the public purse at a time government is faced with challenges in domestic revenue mobilisation – hence, bringing in private hands would be the best solution to save government some money and make the SOEs efficient.

“Revenue shortfall is a major challenge to the economy. I believe we can look at alternatives in raising revenue apart from the traditional means that we have relied on. The State Owned Enterprises, for instance, is one key area where we are not being efficient in revenue mobilisation. These are enterprises that, with public-private partnerships, can be converted into profitable ventures rather than making losses every now and then,” he said in an interview with the B&FT.

Prof. Quartey however cautioned that care must be taken in order not to privatise enterprises which provide essential services, as that would come with some negative social and economic consequences.

“We can leave the strategic ones out, because if they go into the hands of the private sector they will be too profit-oriented and the ordinary Ghanaians will suffer. But for some of them, we are better off privatising them and using the revenue for other important things,” he said.

SOEs have recently become a topical issue in the country, given the losses they are making – largely due to mismanagement and corruption by some officials.

With respect to that, government has recently launched the State Interest and Governance Authority (SIGA), which has essentially replaced both the State Enterprises Commission and Divestiture Implementation Committee. It is expected to ensure efficiency and financial viability of SOEs, and help them deliver on their mandate.

President Nana Addo Dankwa Akufo-Addo has said the new Authority will be a game-changer in how SOEs deliver their mandate.

“The days that when board members and corporate executives flouted rules and regulations and were let off the hook are over…Those who violate the law can now face a jail term of not less than five years and up to 10 years. This is a strong indication of the extent to where on the barometer of corporate governance and executive decision-making has been lifted,” he said at the launch of SIGA.

It is the president’s hope that the new authority will help manage state assets in a more financially sustainable manner and provide better returns to boost government revenue at a time it is so badly needed, given that next year is an election year.