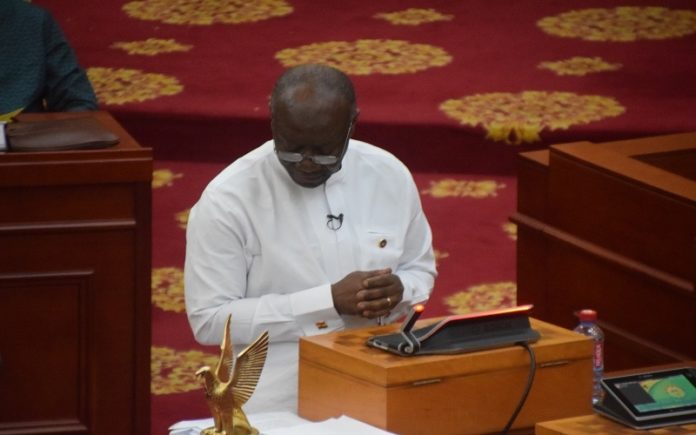 The total banks’ assets have inched up to GH₵112.8 billion through the clean-up and reforms introduced to bring confidence to the banking sector, Finance Minister, Ken Ofori-Atta has said.

Presenting the 2019 Mid-Year Review Budget to Parliament on Monday, he stated “We have restored confidence into the banking system, securing the otherwise distressed deposits of some 2,655,100 customers as well as saving over 3,000 jobs.

Today, total banks’ assets have shot up to GH₵112.8 billion. Growth of credit to the private sector is rebounding assuredly by 16.8 percent in June 2019” he said.

He also added that the country is seeing the revival of the zealous, responsive  and at the same time, responsible banking environment.

Government in its effort to revive the banking sector last year which was hard hit with liquidity challenges as a result of under-capitalisation, managed to set up the Consolidated Bank Ghana Limited and capitalized it with GH₵450m.

Just this month, according to the Finance Minister, CBG has released funds, totaling GH₵530m to Cocobod for cocoa depositors’ funds in the failed banks. The Ghana Amalgamated Trust has provided funds, to capitalize solvent indigenous banks that were struggling to meet the enhanced minimum paid-up capital of GH₵400m.

An additional GH₵925m for payouts to small depositors of the 386 microfinance institutions has also been provided.