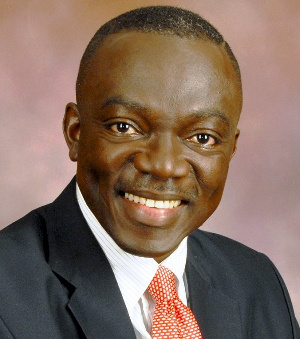 The country can rake in an extra US$15billion by producing finished cocoa products such as chocolate, and especially focusing on the production of socks, shoes, and toothbrushes from the cocoa pod, Prof. Douglas Boateng-Board Chairman of the Public Procurement Authority (PPA), has said.

“We [must] industrialise each segment and not just focus on the chocolate aspect. We can make there are socks, shoes, and toothbrushes out of the cocoa pod. By 2030, if we are able to explore opportunities in cocoa, easily US$10 – US$15billion can be added to our economy,” he said at a 2019 Cocoa Supply Chain Summit in Accra.

“We are producing the raw materials, and what are we doing about it – if we can industralise every sector of the bean, it can make us money.”

Other things that he reckons can be produced from the cocoa pod for local consumption and export – which will save the country the millions of dollars spent importing annually – include: soap, animal feed, fertiliser and paper.

“West Africa alone imports over 450m toothbrushes every year; why are we are not harnessing this opportunity? To be able to create an internal market there has to be an awareness campaign highlighting the benefits of consuming cocoa as opposed to other products. We just have to go on a roadshow; because if you do, you will be able to highlight the benefits to the people – individually and to the nation. Right now we are not doing that; we are just talking and not communicating,” he said.

In terms of value addition to the cocoa bean, government has already announced a joint partnership deal with the Chinese to construct a US$100million chocolate factory at Sefwi-Wiaso in the Western North Region.

The facility is expected to process about 50,000 tonnes of cocoa beans into chocolate annually.

This is expected to help the country add value to its cocoa beans before export.

Even though Ghana is among the leading producers of cocoa in the world, less than 15 percent of the beans is processed in-country.

This has also negatively impacted the consumption of locally-made chocolate in the country.

The consumption of locally-made chocolate remains low, despite the celebration of National Chocolate Day for over a decade.

According to the Cocoa Processing Company (CPC), Ghanaians consume only 400 grammes of chocolate daily.

Meanwhile, the global chocolate market is worth some US$103.28billion and has been estimated to reach approximately US$161.56billion by 2024.