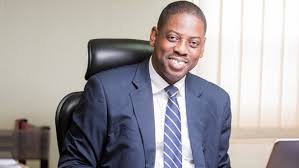 The Securities and Exchange Commission (SEC) says it hopes to, in the near future, begin payment of outstanding validated claims of clients of some of the 53 fund management companies who got their licenses revoked in November 2019.

The 53 fund management companies that have lost their licenses were said to be managing a customer base of about 56,000 clients whose funds run in excess of GH¢8 billion.

Even though SEC announced an official end to receiving claims from clients in February this year, it says it is still open to receiving more customer claims.

In an interview on the Citi Breakfast show, the Director General of SEC, Rev. Dr. Daniel Ogbarmey-Tetteh, stated that even though there are some discrepancies in the amounts claimed by clients (GHC 12.5 Billion) and the amounts validated by the SEC (GHC 10 Billion), it is still working with government to expedite some payments.

“Government wants to get a good sense of the exact size of the exposure, and then they can make a determination. They’ve already provided for GHC 1.5 Billion in the budget that has been approved by Parliament, so that is in the bag. But the point is, if we are to do more, how much more can you do?”.

Meanwhile, the Securities and Exchange Commission (SEC) has said it will in the coming days restore the licenses of some fund management companies whose licenses were revoked in 2019.

This was disclosed by the Chief Executive Officer of the Securities and Exchange Commission, Rev. Daniel Ogbamey Tetteh on Tuesday 9th June, 2020 on the Citi Breakfast Show.

He said eight of the firms appealed to its Administrative Hearing Committee and some of them have been successful, hence the decision to restore their licenses.