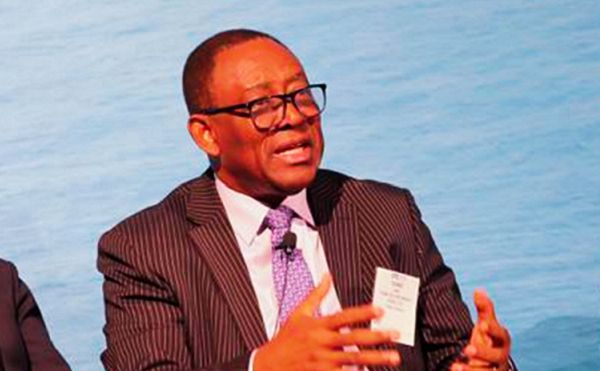 The managing Director of the Tema Oil Refinery (TOR), Mr Isaac Osei, has made a strong case for a percentage of crude oil produced in the country to be given to the state-owned refinery to process into final products for domestic consumption.

He said doing that would make TOR functional, vibrant and strategically positioned to help realise President Nana Addo Dankwa Akufo-Addo’s vision of building a Ghana Beyond Aid — an economy that is self-sustaining and non-reliant on aid from partners.

He further called for strong synergies between the upstream and the downstream sectors to ensure that TOR was well equipped and supported with products to wean the country off its huge dependence on imported refined products, a key deliverable of the Ghana Beyond Aid agenda.

He said Ghanaians would better appreciate the real benefits of Ghana as an oil producer when a percentage of locally produced crude oil was refined by the state-owned refinery.

The TOR MD was speaking at a special panel put together by the Ministry of Energy to discuss issues affecting Ghana’s energy sector.

It was on the sidelines of the recently concluded Offshore Technology Conference in Houston, Texas‘

Touching on the important roles played by both the upstream and the downstream sectors, Ghana’s former High Commissioner to the UK and Ambassador to Ireland said the current situation where Ghana sold all its crude oil on the international market, while the national refiner shopped around for crude oil to refine into finished products, left much to be desired.

That, he said, did not necessarily gave Ghanaians the confidence and the excitement they were supposed to have in the fact that Ghana was now a crude oil producer.

“For many Ghanaians, this is a paradox that the government has to resolve,” he said.

“Ghana has discovered crude oil in commercial quantities and this should translate into the state refiner being provided a portion of such crude as its feed stock.

“The people of Ghana and the government as a whole will benefit a great deal and the government’s agenda of a Ghana Beyond Aid will be given an additional boost if the right structures are put in place and TOR is made to refine local crude oil from the Tweneboa-Enyera-Ntomme (TEN), the Jubilee and or the Sankofa fields as feed stock,” he said.

He explained that TOR had, in the past, refined crude oil from TEN, adding that it “gave us good yields in terms of finished products”.

“So refining crude oil from the Jubilee and the Sankofa fields should not be a problem for TOR.

The TOR plants are designed to process light sweet crude oil and the oil from all these fields is light sweet,” he said.

Should TOR be given domestically produced crude to process, the MD said, it would “ensure energy product security on the Ghanaian market”.

He said it would also “boost the confidence of Ghanaians, in that the nation is adding value to its own resources”.

Mr Osei, however, noted that he was not oblivious of the financial implications of giving domestically produced crude to TOR to process.

He thus recommended that a well-structured financial model should be put in place by the government and its strategic partners to support such a move.