We say no! – GIBA kicks against StarTimes digital TV deal 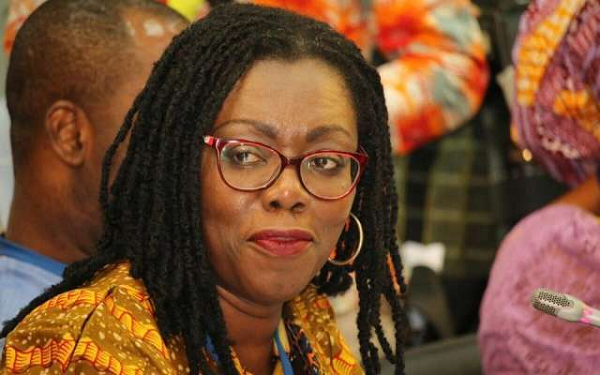 Ghana’s attempt to transition from analogue to digital is set to meet another major snag.

This is because the Ghana Independent Broadcasters Association (GIBA) has rolled up its sleeves to resist the government’s move to commit the country’s only Digital Terrestrial Television (DTT) infrastructure into the hands of Chinese pay TV, StarTimes.

The deadline for the migration from analogue to digital has already suffered three postponements. Although the global deadline is 2020, the International Telecommunications Union (ITU) urged governments to migrate from analogue broadcasting to digital by June 2015, which Ghana could not meet and so rescheduled to June 2016, which it failed again to achieve.

September 21, 2017 became the new deadline but that was also missed and so the government pushed the country’s full migration to 2018, which is already nine months old.

Incensed by the government’s attempts to yield its DTT to StarTimes through the Ministry of Communications, GIBA said: “If StarTimes is allowed to control both Ghana’s only digital television infrastructure and the satellite space in the name of digital migration, Ghana would have virtually submitted its broadcast space to Chinese control and content.”

“It is disturbing to have the only Free-to-Air digital broadcasting platform, which is the medium for the dissemination of information to the public and operations of mass media in the digital domain, to be controlled by an individual entity whose current business in the country is Pay TV broadcasting and is already distributing licensed controlled conditional access decoders and digital television sets across the country in aid of its commercial business,” the broadcasters further asserted in a public announcement made available to the Daily Graphic.

In a public statement made available to the Daily Graphic in Accra yesterday declaring its opposition to the deal, the broadcasters said “GIBA, as a group, wishes to state our unequivocal objection of the Ministry of Communications’ move to give out our only DTT infrastructure to StarTimes – the Chinese Pay TV entity”.

It, therefore, called on all Ghanaians to join hands with the government to fashion the means to selectively deal with the Chinese relationship for financing of other projects separately from current moves by the Ministry of Communications for the broadcasting sector.

According to the association, while the various sectors of the country needed development and relating with China to achieve that might be in the right direction, such a development must not destroy the future and hold back the gains already made by Ghanaian citizens.

“We advise the government to back out of whatever deals it has entered into with StarTimes, which, as earlier stated, will negatively impact broadcasting in our nation – Ghana. We sincerely ask that broadcasting should be left out of the Chinese agenda.

“GIBA will like to emphatically state that it will resist all attempts by any individual or groups of individuals who seek to set back the gains that the Ghanaian broadcast media have made over the years.

“Together as a people, GIBA will continue as it stood at all times in fairness to fight for the rights of broadcasters against all moves and plans to sell out the Ghanaian broadcast space to StarTimes. We will do this with all our strength and in accordance with the Constitution and laws of our land,” it stated.

GIBA said it found it deeply worrying and described as a betrayal the offering of the Ghanaian digital terrestrial broadcasting space to StarTimes with glaring support from the Ministry of Communications for supporting the application from StarTimes to the Parliament of Ghana to obtain tax waivers purportedly to aid the country’s digital migration.

The association also maintained that such a project would not be consistent with the agreed road map to deliver the nation’s migration through Digital Terrestrial Television (DTT) technology, following the Government of Ghana’s agreement with the International Telecommunications Union (ITU) to migrate from analogue to digital television broadcasting.

“Apart from the fact that there has been absolutely no stakeholder consultation for this project, it would also run counter to the National Digital Migration Policy and the existing Cultural Policy of Ghana.

“It is equally worrying when we see StarTimes’ moves to take over the only DTT Free-to-Air infrastructure, with the ministry’s (MoC) explanation that StarTimes is being engaged to expand the facility, when this is not necessary at the moment.

“A platform of this kind anywhere in the world (at the level of completion with only few mop-ups) is capable of generating its own funds to meet all areas of expansion needed if it is run well, instead of sourcing for a loan and new contractors who, for all you know, are themselves interested in taking over the entire infrastructure to operate their own businesses, while the taxpayer is made to pay for such loans,” the association stated.

According to GIBA, it had written several letters to the Ministry of Communications seeking information and clarifications on the process, but “none of these communications have received acknowledgement, much less a response to the questions raised”.

“GIBA expressed worry about the possible security issues for such highly sensitive broadcast infrastructure intended to carry its members’ transmission across the country and sought to know whether the story going round that StarTimes had been offered an opportunity to expand the DTT platform for Free-to-Air (FTA) channels was true, and if true, what the scientific or economic basis was, since there was no identified need or industry requirements currently, but all these questions to the MoC were unanswered,” the association stated further.

However, when the Daily Graphic contacted a Deputy Minister for Communications, Mr George Andah, yesterday, he was not willing to comment on the matter.

Rather, he asked that a formal request should be sent to the ministry for it to answer all queries.

“Put in a request to the ministry,” he said.

On how the request should be put in, he said: “Come to the ministry; there is somebody who is responsible for that project.”

Attempts to also speak with officials of StarTimes in Ghana also proved futile.