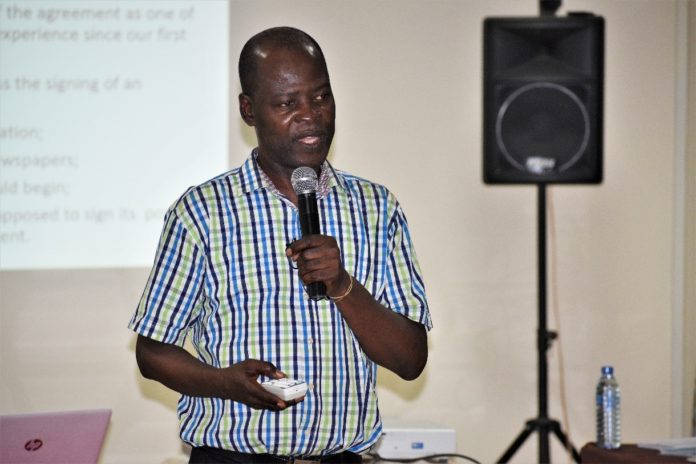 The publication of the country’s 2015 mining, oil and gas Extractive Industries Transparency Initiative (EITI) audit report means Ghana will avoid being suspended after failing to meet its initial deadline.

The delay in producing the 2015 report has been a great source of concern for many, including the Multi-Stakeholder Group (MSG) of the Ghana Extractive Industries Transparency Initiative (GHEITI). The MSG is a tripartite body made up of Government, Industry and Civil Society that has responsibility for steering the affairs of GHEITI.

A request for an extension of the deadline for both the report and validation was however granted, on the grounds of extenuating circumstances that made it difficult to produce the report on time.

The EITI at its Board meeting in March 2018 extended Ghana’s deadline for producing the report to 1st May 2018, and to undergo a second validation in September 2018. Ghana’s last EITI validation was conducted in 2016, following which the country was adjudged by the EITI Board to have made meaningful progress.

Validation is the quality assurance mechanism set out to measure an EITI implementing country’s progress based on the EITI Standard and an agreed process. The follow-up validation in September 2018 is intended to assess the progress Ghana has made in addressing recommended corrective measures from the last validation.

The Co-chair of GHEITI, Dr. Steve Manteaw, speaking ahead of the launch said: “It’s been a difficult journey, but I’m excited that at long last the report is finally out”.

He explained that compilation of the report had suffered some setbacks occasioned by the non-disbursement of approved funding from development partners, and more particularly by the impact of the electoral cycle on the country’s fiscal space

“The reports this time around provide better context, which in my view will lead to a more informed debate on what contribution the extractive sector is making to our nation’s development; and what policy reforms are necessary to address challenges faced by both government and industry, so that the extractive enterprise becomes a win-win venture for both resource owner and investors.”

The report, which are published in conformity with the EITI Standard adopted by the Peru Global EITI Conference in 2016, goes beyond the mere reconciliation of payments and receipts to include contextual information such as a summary description of the legal framework and the fiscal regime.

The others include the sector’s contribution to the economy, production and export data; state participation in the extractive industries; revenue allocations; sustainability of revenues, licence registers, and licence allocations among others.

This mining report brings to twelve (12) the total number published since Ghana acceded to the initiative in 2003.

For oil and gas, the 2015 report is the fifth since the initiative was extended to cover the sector. Production of the 2016 reports for the mining and oil/gas sectors has also been initiated, and is expected to be completed in July 2018.

A few companies were excluded from the exercise because they did not meet the materiality threshold of US$150,000 established for the exercise during the scoping. They are ENI Ghana Exploration and Production Ltd.; Vanco Ghana Ltd. (Shallow Water Basin); Amerada, and Tap Oil Ltd.

On the government’s side, reporting entities whose data were reconciled with those of the companies were: Ghana Revenue Authority (GRA); Ghana National Petroleum Corporation (GNPC); Ministry of Finance / Bank of Ghana; Petroleum Commission; and Ministry of Energy.

Among some of the key findings in the area of petroleum, carried interest accounted for over 50% of government receipts in 2015 and remains the highest contributor to government revenue. This is followed by royalty and additional participating interest in second and third places respectively.

It was also captured that an amount of US$ 387,219,927 was obtained as total government receipt at reconciliation. The total receipt into the Petroleum Holding Fund (PHF), as declared by the GRA, amounted to US$396,142,411.72.

The difference between the amount received into the PHF and government receipts at reconciliation resulted from the exclusion from reconciliation of Unipec’s price differential (US$419,386.97); Corporate tax payment by Anadarko Ltd (US$8,680,725); Surface rental (US$297,372); and inclusion of Training fees (US$475,000) in the reconciliation.

In the area of mining, a total of fourteen mining companies were covered during the period under review, of which thirteen reported, with one – Prestea Sankofa, a subsidiary of GNPC – failing to report. The 14 companies are broken down into 12 gold mining companies, one bauxite company and one manganese company which took part in the exercise.