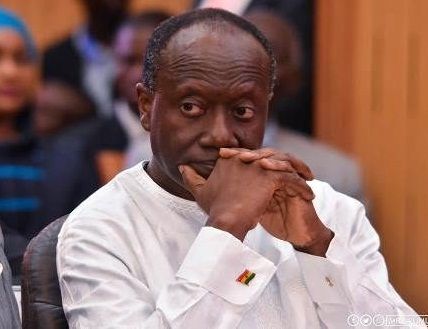 The government has raised $3 billion from international financial institutions through a three-tranched Eurobond which attracted more bids than the country asked for.

At the close of a road show in London yesterday, the appetite for the 2019 sovereign bond had swelled, resulting in orders totalling $21 billion – about seven times more than the amount needed.

The government delegation, led by the Minister of Finance, Mr Ken Ofori-Atta, however, accepted only $3 billion, in consonance with the amount budgeted for and approved in the 2019 Budget Statement and Economic Policy of the government.

The Daily Graphic gathered that the government issued three separate bonds with maturity terms of seven, 12 and 31 years.

The successful issuance of the bond is expected to bolster confidence in the economy and help reverse the current depreciation of the cedi, which analysts believe is as a result of portfolio reversals, negative sentiments about the planned exit of the International Monetary Fund (IMF) and domestic rigidities arising from the recent banking sector clean-up exercise.

According to international analysts familiar with Eurobonds of emerging markets, it was the first time that a sovereign bond from Africa had attracted that huge appetite, with orders being seven times the required amount.

It is also the first time that the country has issued a 31-year bond to be repaid in 2050.

A Professor in Economics, Prof. Peter Quarter, said he expected results of the sale to strengthen the cedi further.

“It will go a long way to stabilise the cedi. We have seen the cedi move from around GH¢5.8 to one dollar to around GH¢5.3 to the dollar and I am sure that this will even push it down further,” he said in an interview.

Prof. Quarter, who is at the University of Ghana, Legon, said the oversubscription was a confirmation of current ratings on the economy.

It indicated increased investor confidence in the economy, he said, explaining that all those should inure to the benefit of the general economy.

He, however, observed that strong appetite for foreign debts could impact negatively on the debt stock of the country and also increase capital flight in the long term.

With capital flight being one cause of the current cedi depreciation, he said the long-term implications on the exchange rate could be that the cedi would depreciate further.

A report by the Finance Committee of Parliament on the Eurobond showed that out of the $2 billion, which translated into about GH¢9.6 billion, to be used to execute the 2019 budget, about GH¢7.24 billion would go into managing the country’s liabilities.

It further shows that about GH¢665.2 million was earmarked for the Infrastructure for Poverty Eradication Programme (IPERP).

Institutions such as the National Identification Authority (NIA), the Venture Capital Trust Fund and the National Entrepreneurship and Innovation Plan are also candidates for the Eurobond proceeds.

About GH¢106.87 million and GH¢300 million will also be used to support economic activities in Zongo communities and the Planting for Food and Jobs programme respectively.