Recapitalisation to drive interest rates down 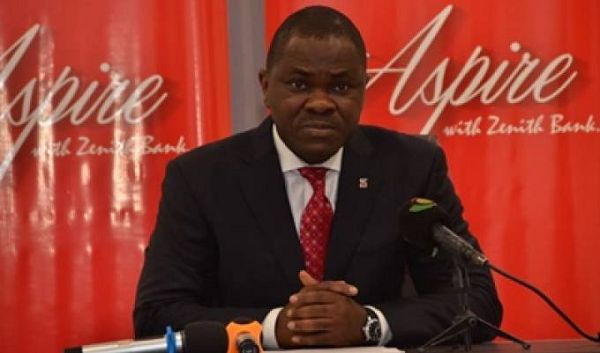 The Managing Director/COE of Zeinth Bank Ghana, Mr Henry Oroh, has said that the recent recapitalisation exercise that has seen 23 banks increase their minimum stated capital to GH 400 million will increase competition in the industry which will subsequently drive interest rates down.

He said the recapitalisation exercise meant that every bank was now a big bank and ready to chase businesses that would ensure that their returns justisied the increase in capital.

That, he said, was good news for consumers who would benefit from the excess capital in the industry at a cheaper rate.

“The capital increase is going to make the business more competitive going forward.

What it means now is that every bank is a big bank and the assumption is that we are all really well capitalised,” he stated.

“This is good for the consumer because the capital will have to chase an economy size that has not increased commensurately.

When you increase capital from GH₵120 million to GH₵400 million in such a short space and there are over 20 banks, then that is a lot of funds injected in the market. Capital has increased by almost 300 per cent and this will lead to competition for space which will benefit the consumer,” he explained.

He said it meant that the industry would have access to more lendable funds and invest more to create wealth and employment.