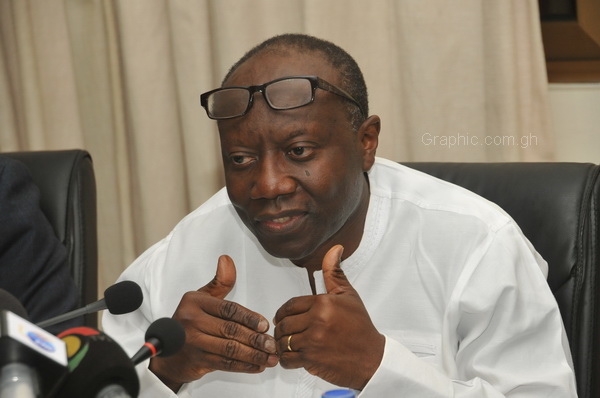 The Ministry of Finance (MoF) has granted letters of commencement to the three development authorities to commence the full implementation of the $1-million per constituency pledge under the Infrastructure for Poverty Eradication Programme (IPEP) for the 2020 fiscal year.

The commencement certificate makes available GH¢1.66 billion (equivalent of $320 million) for the 275 constituencies across the country.

The IPEP, commonly known as One Million Dollars Per Constituency, is a government initiative aimed at meeting critical infrastructural needs identified by local actors at the constituency level.

In the run-up to the 2016 elections, the New Patriotic Party (NPP) promised to eradicate poverty and minimise inequality among socio-economic groups within geographical areas through the direct provision of basic infrastructure at the constituency level, especially in rural and deprived communities.

“To attain this, the IPEP will be the main vehicle to direct capital expenditure towards constituency-level specific infrastructure and economic development,” a statement from the Jubilee House said.

The IPEP is under the Office of the President and supervised by the Minister responsible for Special Development Initiatives.

According to the statement, since 2017, there had been budgetary allocations to every constituency in the country.

“However, due to the time it took to establish the three development authorities, the One Million Dollar Per Constituency has been temporarily administered through the Minister for Special Development Initiatives.

“The three development authorities have since been established by an act of Parliament and are fully operational.

Therefore, the government has issued commencement letters to cover the full amount of the cedi equivalent of $1 million to all three development authorities to commence the implementation of constituency-specific infrastructure needs,” it explained.

It said the IPEP was to ensure a bottom-up development approach where the infrastructural needs of every constituency would be collated, prioritised and provided through the allocated funds.

Infrastructural projects such as drainage systems, footbridges, community town centres, reshaping roads, renovation of schools, provision of desks for schools and many more were being undertaken in all constituencies across the country, the statement said.

Needs assessment of every constituency in the country had been conducted to ascertain the basic infrastructure priorities of each constituency for which the IPEP funds should be applied over the next couple of years, it said.

It added that the needs assessment was continually updated to capture the revolving basic infrastructural needs of all constituencies.

Consequently, the administration of President Nana Addo Dankwa Akufo-Addo is deeply committed to closing Ghana’s infrastructure and poverty gap, which is currently estimated at $30 billion.

“The government has expressly demonstrated its commitment by making funds available for basic infrastructural projects in every constituency across the country,” the statement noted.