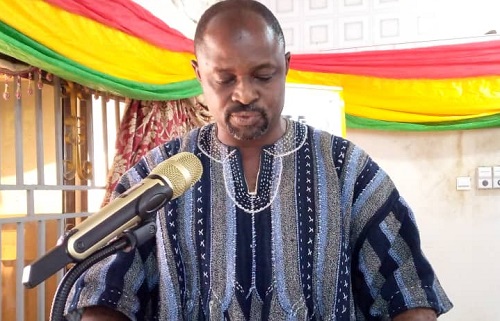 The Ghana Export Promotion Authority (GEPA) has held a Regional conference on the implementation of the Africa Continental free Trade area Agreement (AfCTA) in Damango in the Savannah Region last Thursday.

The regional conference was third in a series of the regional event being organized by the Ministry of Trade and Industry (MOTI) together with the GEPA and National AfCTA coordination office under the auspices of MOTI.

Mr Albert Kassim, a Deputy Chief Executive Officer (CEO) of GEPA who read the speech on behalf of the CEO for GEPA,  Dr Afua Asabea Asare declared that, Ghana has enhanced its stature in international trade recording substantial expansion in export.

However the recent relative weak performance of the International trade environment have revealed the risk, weakness and certainties associated with over dependence on primary commodity export and limited product diversifications.

She noted that government has therefore embark on an industrialization agenda which has seen the establishment of several manufacturing companies under the Ghana flagship 1D1F program.

The CEO of GEPA ,expressed that, the reason for the regional conference is an opportunity provided by the AfCTA and National Export Development Strategy (NEDS) to the doorstep of the people of Ghana particularly the businessmen and women  nationwide so that the nation can maximize those opportunities to increase trade in Africa.

Dr Afua Asabea Asare added that, it is expected that each district in Ghana should develop at least one exportable product that will provide the needed raw materials to feed the ever expanding number of factories being established.

She then assured the people of Damango that, the door of GEPA are widely open for businessmen and women and potential exporters in the region.

Dr John Hawkins Asiedu, an official from the MOTI who read a speech on behalf of his sector minister, Mr John Kwadwo Alan Kyeremateng, indicated that, the AfCTA is the largest trade bloc in the world with single market which compromise of 55 member states and has a population of over 1.2 trillion with a combined Gross Domestic Product (GDP) of over USD3. 4 trillion.