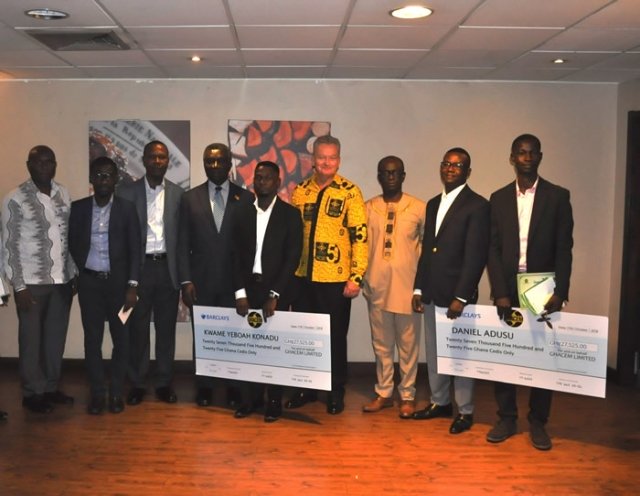 HeidelbergCement  (HC) Group, the parent company of Ghacem Ltd and its subsidiary West Africa Quarries Ltd (WAQL), for the fourth time has organised its international scientific and educational contest, the “Quarry Life Award.”

The competition targets innovative approaches to study and boost biodiversity at quarry sites and aims to raise awareness about mining ecology.

Ghacem Ltd-WAQL Ghana invited students, scientists and researchers in Ghana to participate in the competition. The project which begun from April to September this year entailed a lot of work including site visit s, engagement with key stakeholders such as communities around the quarry sites where WAQL operates, report writing and presentation.

New in the fourth edition was a separate assessment of research and community project ideas with 6 finalists instead of five, segmented into research stream and community stream in the previous edition.

The QLA National awards ceremony was held last week in Accra on the theme: Promoting Biodiversity through Scientific research and community engagement. The event assembled scientists/researchers and industry players for Science and Technology. Guest of honour was Prof. Kwabena Frimpong Boateng, Minister for Environment, Science, Technology & Innovation. Also present was QLA National Coordinators and National Jury members led by Prof. Erasmus Owusu who reported the 4th edition of the event as a success having scaled down 43 proposals it first received to arrive at the best projects which will be of value to WAQL ’s reclamation activities.

He said just like the last three editions, Ghana has placed well at the international stage occupying the 2nd, 3rd and 4th positions for the global public vote criteria.

“The International awards ceremony is scheduled to take place in Belgium on 5th December 2018 and we are expecting a project to win any of the international categories,” he said.

Daniel Adusu, a 27-year-graduate of the University of Energy and Natural Resources with project title: “Promoting the use of biochar for mine soil amendment and biodiversity enhancement” was adjudged overall best project in the research stream, while Kwame Konadu Yeboah, 24-year-graduate of Kwame Nkrumah University of Science and Technology with project title, “‘Socio-economic impact assessment of Talbotiellagentii spp. in five communities,” also took overall best position for the community stream.

Their closest competitors who occupied second positions were: Emily Esenam Bansah (The Statistical Determination of the Best Biological Geotextile for Biodiversity Promotion in Quarries) and Abraham Addo-Ansah Allotey (Promoting community participation for sustainable eco-restoration) for the research stream and community stream respectively. They also took home trophies and cash prize of GHc 13,752.50 each.

Raising knowledge of the Biological value

In his opening remarks, Mr Morten Gade, Managing Director of Ghacem recalled the QLA was launched by HeidelbergCement to raise the knowledge of biological value on mining sites and contribute to further enhancing it as a commitment to managing biodiversity during and after extraction. He was optimistic the competition has demonstrated a lot of academic excellence through research and community engagement.

Mr Gade reaffirmed that as a company that gives true meaning to government local content policy, Ghacem’s subsidiary, WAQL, will continue to undertake its operations responsibly and ensure the company looks for innovative ways of restoring biodiversity at the Quarries.

He commended the researchers for the show of professionalism and enthusiasm to their chosen projects and wished them well in the global competition.

“Ghacem-WAQL by this initiative has given Ghanaian researchers the opportunity to affect the environment and by extension biodiversity positively,” he said.

He further commended the QLA initiative because it ensured that the environment was kept safe.

Government, he admitted, realizes that poverty gap is technology gap and has taken steps to allocate 1% of the GDP in the short to medium term towards research and development.

He added that the National Science Technology and Innovation Policy (STI) has also been completed to guide everyone on the way to use science and technology to develop the nation.