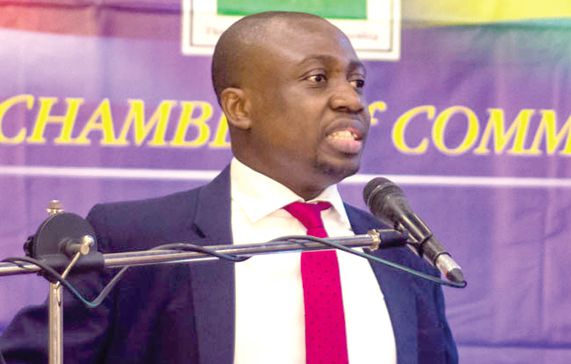 A Tax Partner of accounting and auditing firm, PwC, Mr Abeku Gyan Quansah, has called for a national conversation on how to rope in the informal sector into the tax net.

He said the informal sector had a lot of potential in contributing immensely to the national kitty and it was, therefore, time for the government to institute measures to expand the tax net to include them.

Although the expansion of the tax net has featured in almost every government’s budget, Mr Quansah said very little had been done to achieve it.

He said the government’s initiative to ensure that every individual had a tax identification number (TIN) was, however, a right step to formalise the economy.

“The government has started linking data to the national identification scheme (NIS) and this is good because it will help to easily identify people. This will also enable the government to have a comprehensive data on the people, where they live, their incomes and whether they have filed their tax returns,” he stated.

“Having a TIN does not necessarily mean you will pay taxes, but it means you can be identified in the country’s data and this is a good starting point,” he added.

He, however, advised the government to set up TIN registration desks at NIS registration centre’s to ensure that people would get their TIN numbers and NIS cards at the same time.

Mr Quansah also advised individuals and businesses to be compliant in their tax obligations to the country.

“You and I chose to belong to a society and the question is, do we want to have a common expenditure? If yes, then how do we finance that expenditure?” he asked.

“If we don’t have all the companies to generate income for us, then we must contribute mainly by way of taxes. I believe that the right thing must be done, otherwise we will cripple this economy,” he added.

Mr Quansah also commended the Ghana Revenue Authority for some of the measures it had instituted to ensure compliance.

He cited the Electronic Point of Sales Device (EPOS) and the Integrated Tax Preparation Software (iTAPS) which, when implemented, had the capacity to boost revenue mobilisation.

He also pointed out the deployment of National Service Personnel and NABCo personnel in the revenue module which he believes will help ensure compliance in the tax mobilisation and also help in widening the tax net.