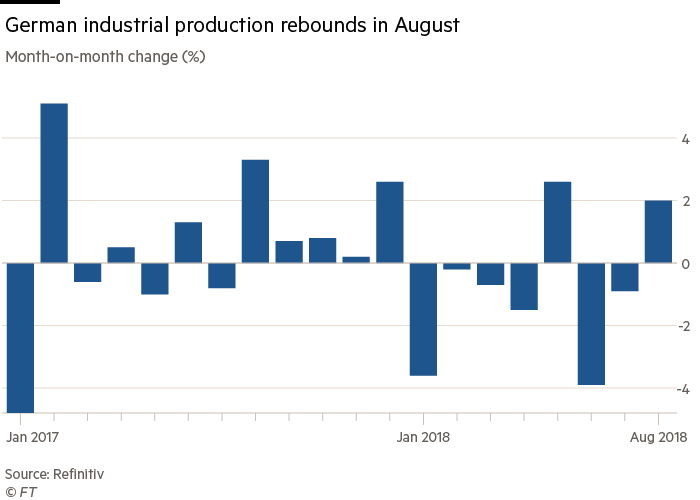 After hitting a rough patch this summer, manufacturing orders in the eurozone’s largest economy rose by more than expected in August, according to new data released on Friday.

The rebound was largely driven by new orders from countries outside the euro area. After falling by 0.9 per cent in July, new orders in manufacturing rebounded, rising by 2 per cent in August from the previous month, according to the Federal Statistics Office, well above the 0.5 per cent ascent penciled in by economists polled by Reuters.

Seperate data released showed producer prices rose 3.1 per cent on the year. Economists polled by Reuters had expected a rise of 2.9 per cent.