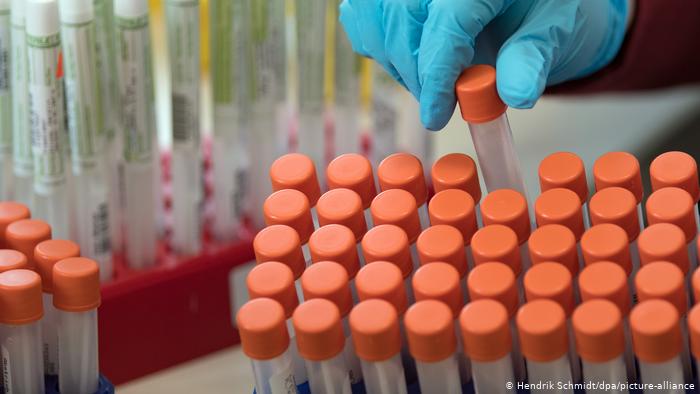 Researchers at German universities have identified immature blood cells that could signal coagulation complications in patients with COVID-19. Potential severe cases could now be detected at an earlier stage.

It is still unclear why many people infected with COVID-19 have mild symptoms or none at all while others experience severe cases or even die. In patients with severe COVID-19, the lungs become inflamed, and sometimes the heart or kidneys are also affected. Blood often overcoagulates, which can cause clots to form in the lungs. It is the most common acute cause of death in severe cases of COVID-19. Now, a team from universities and research institutes in northern and western Germany and the neighboring Netherlands has found a key indicator in the blood of COVID-19 patients that could serve as an early warning of a severe case.

In the blood samples, scientists from the German Research Foundation’s Precision Medicine in Chronic Inflammation Cluster of Excellence found platelet precursor cells, which may indicate problems with blood coagulation. As a rule, megakaryocytes, which contribute to the production of platelets, are found in the bone marrow. When megakaryocytes end up in the blood, they can indicate impending problems with coagulation, according to the study. That could indicate that these immature cells trigger the dangerous coagulation problems.

The researchers also discovered a large number of immature red blood cells in the samples that under typical conditions would have matured in the bone marrow. These red blood cells are responsible for delivering oxygen through the body. An increase in red blood cell progenitor cells indicates a lack of oxygen a well-known emergency reaction in cases of severe lung diseases.

“Together with other data such as clinical laboratory values and measurements of inflammatory messengers, we were able to create a kind of fingerprint, a signature, of the altered functioning of these cells and track it over time,” said Dr. Neha Mishra, who is doing research at Kiel University’s Institute of Clinical Molecular Biology as a postdoc. This “fingerprint” could be used to detect a potentially serious course of the disease at an early stage, which in turn means that emergency health care could be customized accordingly.