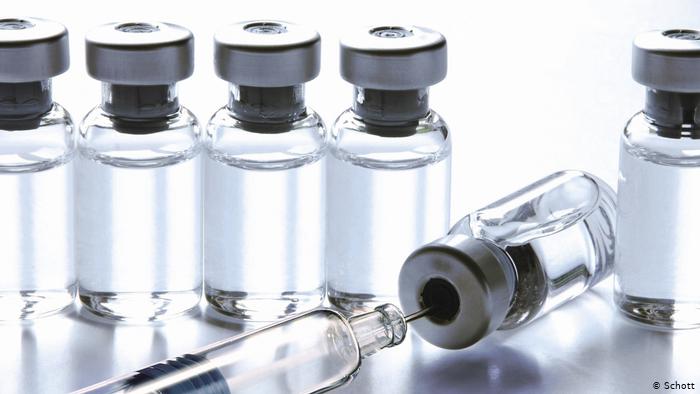 While most of the vaccines against COVID-19 are still in the test phase, production is already starting. German companies are playing key roles in both the development and distribution of some of these vaccines.

The fight against the pandemic is carried out in test tubes, where microscopic substances are found and tested for vaccine development. Distributing these vaccines will be “the largest and most complex global logistics operation ever undertaken,” the International Air Transport Association (IATA) said in a statement. German companies are vital in both the development and distribution of some of these vaccines.

BioNTech from Mainz has, along with its US partner Pfizer, already applied in the US for emergency approval of their highly promising vaccine. It may be given the green light before the end of the year. Researchers at CureVac in Tübingen are also working on a vaccine, with financial support from SAP founder Dietmar Hopp and the German government. CureVac is not yet at the same stage as BioNTech but it is already working on mass production of its potential vaccine.

Production already up and running

Billions of small vials will be needed to hold these vaccines. The Düsseldorf-based Gerresheimer group is one of the world market leaders here as are the specialist glass experts from Schott in Mainz. According to Schott, three-quarters of all vaccine manufacturers with products in the first and second clinical phases have ordered from them.

Due to these early orders from the vaccine producers, there will be no delivery bottlenecks. The ramp-up of production is good news for Schott, which is now expecting additional sales in the lower double-digit million range.

For BioNtech and Pfizer, where vaccine production is already in full swing, they say that once approval is confirmed, they could start shipping within a few hours. In Europe, Canada, Australia, Japan and Britain, both companies are in contact with the responsible authorities and are on the way to possible approvals.

As in Europe, there are so-called rolling procedures in these countries: The companies continuously transmit the results of their clinical tests. This means that the authorities’ examination can take place while the studies are still running. Pharmaceutical companies usually collect all data and documents over months and years in order to hand them over to the authorities in bundled form after all tests have been completed.

Whenever approvals come, freight transporters will begin the massive operation of bringing vaccines to billions of people all over the world as quickly and smoothly as possible. That is why Lufthansa’s cargo division in Frankfurt is preparing at full speed for the mass shipment of vaccines. It is preparing for possible exports as well as imports because it is not yet possible to estimate where the first vaccine will ultimately come from, according to Lufthansa Cargo.

Deutsche Post/DHL also sees itself in a strong position. The Bonn-based group is currently in talks with governments and authorities and is preparing for the mammoth task. A study commissioned by Deutsche Post has shown that supplying billions of vaccine doses worldwide is indeed a Herculean task.

Around 200,000 pallet transports and 15,000 flights are necessary to deliver around 10 billion vaccine doses required over the long term. “In any case, it will not fail because of the logistics,” said Deutsche Post boss Frank Appel confidently in a statement a few days ago. Years of experience have been gained working with pharmaceutical companies in order to deliver their sensitive products and much of the infrastructure is already in place.

The vaccine from BioNtech and Pfizer has to be stored and transported at temperatures of between minus 70 and minus 80 degrees Celsius. Local companies are working hard to ensure that this does not become a problem. For example, the Würzburg-based va-Q-tec specializes in ultralow freezers and announced an agreement a few days ago: From the first quarter of next year, the company will deliver 1000 of the high-performance transport containers to one of the largest pharmaceutical groups. The group has not yet been named.

In Tuttlingen, southwestern Germany, the Binder company manufactures special refrigerators for medical research laboratories. In the past few weeks, they have tripled their production.

Medical supplies are also needed when it comes to actually vaccinating people. B. Braun from Hessen plays a decisive role here. “Many vaccine manufacturers and state governments are currently inquiring about syringes and needles as well as other products for vaccination to make sure they are supplied,” Frank Kirchner, managing director of B. Braun Germany, told DW.

In addition to disposable syringes and needles, the company also produces products for general pandemic control such as disinfectants, examination gloves and other protective equipment for health care workers. B. Braun is currently working out plans to make a mass vaccination scheme possible as early as December 15.