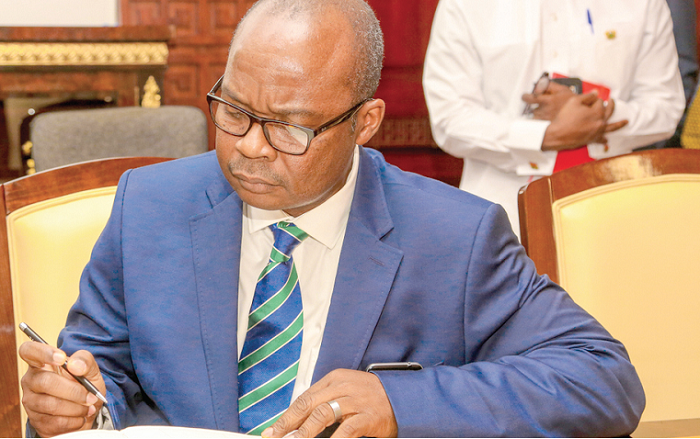 Fifteen out of the 32 banks are now in line to recapitalise to GH¢400 million by December this year.

The fate of the remaining 17 is still unknown, barely six months to the end of the deadline for banks to recapitalise as per the directives of the central bank.

The Governor of the Bank of Ghana (BoG), Dr Ernest Addison, said at the July Monetary Policy Committee (MPC) news conference in Accra on July 23, that data available to the central bank showed that the country could have at least 15 banks by December this year should things remain as they were.

“So straightaway, you can say that 15 banks are nearly there. For me, that says that at the very least, we will have 15 banks by the end of the year,” he said.

On the state of the remaining banks, Dr Addison said: “They are at various stages of capitalisation and we are confident that most of them will work at meeting that requirement”.

“The option to merge obviously simplifies it for everybody,” he told journalists.

Although the Governor did not list the banks, a source told the GRAPHIC BUSINESS that the 15 banks ready to recapitalise were exclusive of the Agricultural Development Bank (ADB) and the National Investment Bank (NIB).

It is also exclusive of the GN, Premium and Sahel Sahara banks, which are on the verge of concluding merger talks aimed at consolidating into one.

Given that the ADB and NIB are state-owned, the source said “they have virtually met the requirement”.

“These are government banks and there is no way the government will allow them to fail,” the source, who is familiar with the status of banks’ recapitalisation, stated in confidence.

As a result, it said the BoG was confident that 18 banks were capable of recapitalising by December although it continued to study the recapitalisation proposals of the rest.

Two analysts, Dr Richmond Atuahene and Mr Michael Cobblah of C-NERGY, told the newspaper in separate interviews that evidence abounded that not all the banks would be able to raise the required amounts of capital by December this year.

“Some will struggle to meet it and will have no choice than to merge or allow themselves to be absorbed or acquired by other stronger banks,” Mr Cobblah said.

Dr Atuahene, who specialises in corporate governance issues in the banking sector, explained that although some of the banks would consider mergers, their liquidity status meant that consolidations would not achieve the desired results

“Some of them are really down. I know one of them which was under BoG liquidity support of up to GH¢400 million. Now they are telling BoG that they should ring-fence the liquidity support so that when they bring the new capital, it will not affect it.

“I know another bank that even if they bring the GH¢400 million now, it will still not be able to meet the capital requirement,” he added.

He added that the due diligence procedures required also made it cumbersome for banks to meet the capital demand requirement.

He said he was aware of one bank whose recapitalisation plan with a foreign firm was shot down last minute for failing to meet the BoG’s capital verification requirements.

Since issuing the recapitalisation directive in September last year, the BoG has readily pointed to mergers and acquisitions (M&As) as the best tool for banks having difficulty in raising the needed capital.

Although an option, a group of indigenous banks under the name Association of Indigenous Universal Banks, described M&As as time-consuming and promising of grave repercussions on the economy and the financial sector in particular.

In a petition sent to President Nana Addo Dankwa Akufo-Addo in April this year, the association said: “Even if a merger is a possible solution, it is unlikely that a successful merger of two or three banks can be achieved within a relatively short period of one year, considering the due diligence activities that have to be undertaken before mergers are consummated.”

“Furthermore, the merger option could have very serious negative consequences on the economy,” the banks added, citing possible job losses and challenges with integration.

In their estimation, each merger could lead to a loss of employment of between 500 and 1,000 people, grave for a country battling with swelling unemployment numbers.

Since 2010, about six M&A deals have occurred in the banking sector, with the most recent one being the takeover of the HFC Bank by the Republic Bank of Trinidad and Tobago.

Before that, the following acquisitions had taken place: Bank of Africa and Amalgamated Bank, Ecobank Ghana and The Trust Bank (TTB), Access Bank and Intercontinental Bank, First Bank of Nigeria and International Commercial Bank and Fortis and Merchant Bank, which gave birth to today’s Universal Merchant Bank (UMB).