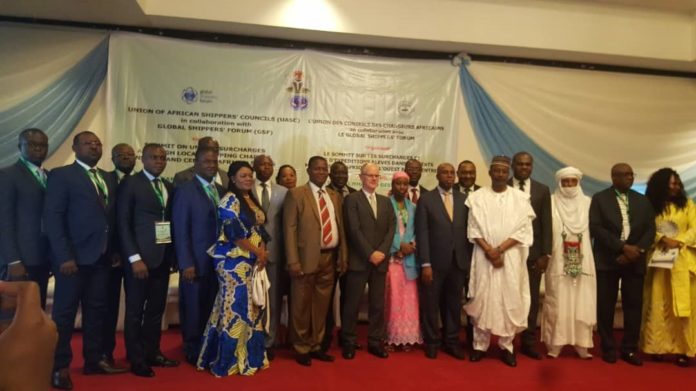 Vice President of Nigeria, Yemi Osinbajo, has called on African governments to develop their countries’ transport infrastructure for a seamless implementation of the African Continental Free Trade Agreement (AfCFTA).

Osinbajo, in a keynote address at the just-ended sub-regional summit of Union of African Shippers’ Council (UASC) in Abuja, said for Africa to successfully implement the African Continental Free Trade Agreement (AfCFTA), member-states of the African Union must as a matter of priority focus on the development of transport infrastructure.

According to him, presently, trade among countries in Africa is abysmally low due to poor connectivity and lack of adequate transport infrastructure. One of the negative impacts of poor connectivity is the intra-regional trade level in Africa, which is below 13 percent.

The vice-president, who was represented by Rotimi Amaechi, Minister of Transportation, continued: “In line with the United Nations 2030 Sustainable Development Goals and African Union Agenda 2063, we need to focus on growth and sustainable development by providing inclusive social and economic development as well as regional integration through transport connectivity in the sub-region.

“We strongly believe that modern transport infrastructure will not only link Africa, but also substantially reduce transport cost.”

He said there is therefore need for West and Central African countries to come together and adopt common political, diplomatic and operational strategies that will positively impact on the sub-region’s economy.

Addressing the theme, ‘Unfair shipping surcharges and high local shipping charges on national economies of West and Central African states’, the vice-president noted that the process of introducing these surcharges lacks transparency and are not based on verifiable and available statistics.

The Nigerian vice-president lauded the courage of the Union of African Shippers’ Council and Global Shippers’ Forum for beaming its searchlight on the issue of surcharges in Africa, adding that Nigeria will not hesitate to take appropriate measures, including legislation, to check these unfair trade practices.

The three-day meeting of the Union of the African shippers included a summit, workshop and a joint standing committee meeting of the union of African shippers, and and was ably represented by the sub-region’s various shippers’ councils, including the Ghana Shippers Authority, the Nigerian shipper’s council and others.

The Head of Freight and Logistics-Ghana Shippers Authority, Mr. Fred Asiadu Darteh, speaking on the issue of arbitrary surcharges of the shipping lines called on vessel owners to agree to sit and discuss, negotiate freight rates before dumping charges on shippers.

According to him, the relationship between the vessel owner and the shipper has been a “take it or leave it” situation, which has brought about the warranted costs to the shipper who later passes it on to the consumer

Mr. Asiedu-Dartey emphasised that as part of the agreement and recommendations at the summit, the Ghana shippers Authority will ensure that shippers in Ghana participate in the decision-making process of the charges they pay for freight.