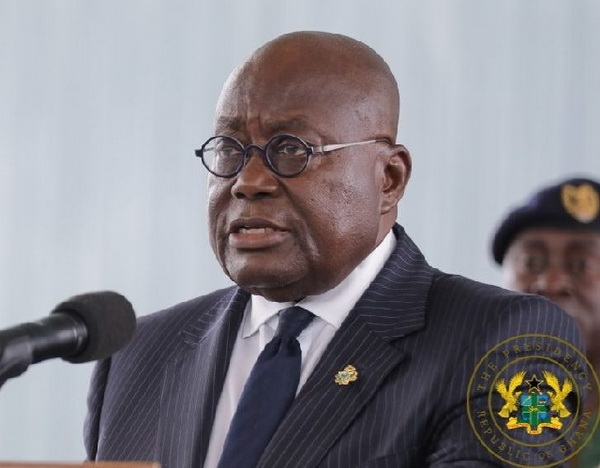 President Nana Addo Dankwa Akufo-Addo has given an assurance that the Secretariat of the Africa Continental Free Trade Area (AfCFTA) will be up and running by March this year for trading activities to begin in the free trade area by July this year.

He said to reap the fruits of the AfCFTA and realise the vision of a Ghana Beyond Aid, the government’s first order of business was to continue to ensure the maintenance of macroeconomic stability to facilitate the growth of Ghana’s economy.

President Akufo-Addo, who was addressing the Ghana Investments and Opportunities Summit yesterday as part of the UK-Africa Business Summit in London, said the realisation of the AfCFTA signalled the completion of processes to create the world’s largest free trade area since the formation of the World Trade Organisation (WTO).

“It also reiterates the desire of the 54 African member states of the African Union (AU) that have signed the agreement for the coming into effect of the AfCFTA to work with a common voice and a common purpose to explore the abundant wealth and resources of our great continent for the benefit of the African people.

“We know that the success of the AfCFTA would mean the era of low volumes of intra-regional trade that have defined the activities of African economies will come to an end,” the President stated.

While expressing his disappointment at the low level of trade among African countries, President Akufo-Addo said: “We should guarantee a rapid increase in exchanges of our agricultural, financial, industrial, scientific and technological products which will enhance, dramatically, our attainment of prosperity and the prospects of employment for African people, particularly our youth”.

He said the overarching aims of the AfCFTA were to harness the benefits to develop and expand “our economies and create sustainable jobs for our youth”.

Up till now, he said, trade between African nations remained low, compared to trade with other parts of the world.

In 2000, he said, intra-regional trade accounted for 10 percent of Africa’s total trade and increased to 16 percent in 2015.

“Intra-regional trade in 2015 among members of the European Union (EU), for example, amounted to 70 percent, 52 percent among the nations of Asia and 50 percent among the nations of North America. Surely, an increase in intra-regional trade in Africa is one of the surest ways to promote the progress we seek for Africa,” President Akufo-Addo stated.

Unfortunately for Africa, the President said, “we continue to travel along the warpath of limited success of being producers and exporters of raw materials, a relic of our past colonial association”.

“We are now required to think outside the box; our thinking and approach to solving problems must be different from the thinking and approach that brought about our problems in the first place, as the experience of successful countries in Asia and elsewhere has shown, in addition to creating an atmosphere in the private sector to thrive and create jobs,” he said.

He acknowledged the fact that the government had a very important and positive role to play in spearheading industrialisation and economic transformation, while ensuring that businesses were up and running and promoting access to the capital that will see the wheels of business moving and maintaining microeconomic stability.

Touching on efforts by his administration to put the country on the right track, President Akufo-Addo maintained that over the last three years, key economic indicators, which were in disarray prior to his assumption of office, had all been pointing in the right direction.

Furthermore, he said: “We are managing the economy in a manner that is guaranteeing pragmatism in mobilising and deploying national resources and efficiently managing the economy, together with the continuous maintenance of a business-friendly climate.”

All these, according to the President, were essential towards driving investments into Ghana to stimulate growth and create jobs.

On the structural transformation of the economy, he said the government was fully committed to addressing productive capacity issues through initiatives such as the
One-district, One-factory (1D1F) policy, the development of strategic anchor industries, such as the Integrated Bauxite and Aluminium Industry, the Iron and Steel Industry and the automotive policies to spur the creation of vehicle assembly plants, as well as the establishment of industrial parks.

He said another programme for agricultural renewal, enhancement and diversification, dubbed Planting for Food and Jobs, was a transformation that would give the country the best opportunity to derive the greatest value from its abandoned natural resources through the AfCFTA and help bring progress and prosperity to its people.

“We are refocusing our education by placing greater emphasis on Technical and Vocational Educational and Training (TVET) and Science, Technology, Engineering and Mathematics (STEM) education,” President Akufo-Addo added.